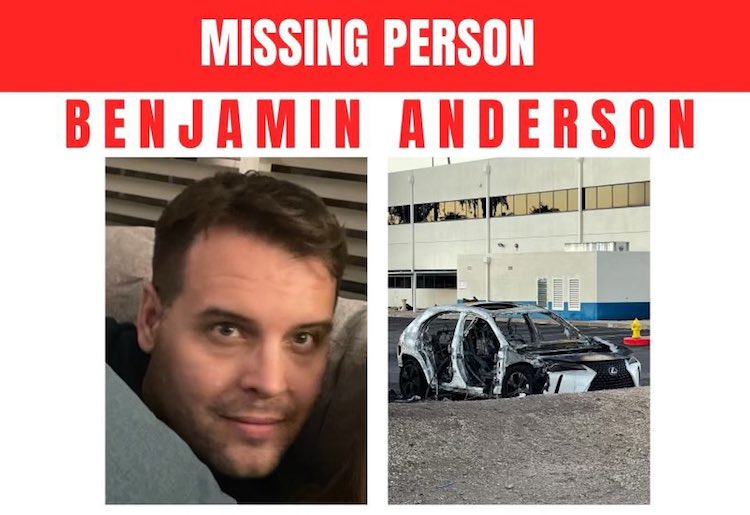 Family and friends of a man reported missing have been desperately searching for his whereabouts after his car was found burned in Phoenix on the morning of January 1st.

Benjamin Anderson was last seen the morning of December 31st. His car was found the following morning burned near Interstate 17 and Dunlap Avenue.

A friend of Anderson’s, Daniel Stahoviak said that a group of friends were planning to meet Anderson for brunch the morning he went missing. Stahoviak says Anderson called him at 8 a.m., saying him he was feeling tired and couldn’t make it to brunch. He reportedly told him that he had been driving a lot the night before and was tired. That was the last person to hear from him.

After concern from family and friends grew, Stahoviak said he went to Anderson’s condo to look for him. 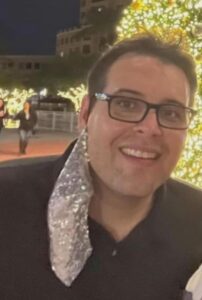 Stahoviak reported that his condo looked as if he left in a hurry. Cash was out on the counter, there was a wet towel on his bed, and all of his personal credit cards were there.

Anderson is described as 6’1″ and 250 pounds, he is 41 years old. He has light brown hair, brown eyes. Hisfamily says he goes by the name of “Ben.” He is likely wearing shorts, a blue zipped sweatshirt and a black t-shirt. He also wears glasses.

If you have any information on his whereabouts, the Phoenix police urge you to call 602-262-6151.

Arizona One of Top States in Population Growth