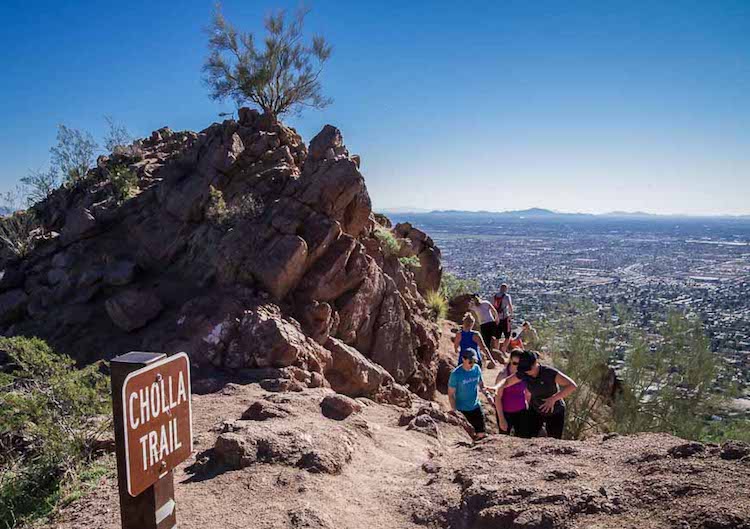 Neighbors are voicing their concerns to the Phoenix City Council, urging them to vote on moving the trailhead access despite construction already being underway.

It’s been a concern that dates back to 2017 when the trailhead was supposed to come back before the Phoenix City Council for final approval. Years later there were virtual meetings throughout the pandemic, but neighbors did not have the opportunity to voice their formal concerns before a decision was made. The trail has been closed since early 2020, but construction has already begun with effort to move the trail a few blocks down. This change has resulted in the trail running closer to some expensive homes that have been there for many years.

Residents say there has not been an official vote to move the trail and they would like to see the process play out as it should.

Several neighbors near the new proposed access location sent letters to the council this week voicing their major concern over parking and how close thousands of hikers will be to their homes when the trailhead is moved.

Those residents impacted are deeply concerned about security and an overcrowding parking and they do not feel the city has given them enough say in this major change that impacts their home. The changes brings an increase in traffic, impacts their desert views and impedes on their privacy.

The city of Phoenix released the following statement:

“As far as parking is concerned parking spaces are not included in the realignment. We have been unable to identify viable options for additional parking. Public parking will remain available along Invergordon Rd. The change in trailhead location did allow us to procure a much-needed water fountain and restroom for hikers.

The city is aware of these concerns and considers community feedback throughout the planning process. In an effort to mitigate line-of-sight concerns, additional native trees and shrubs are being planted strategically throughout the project area.”

The trail has been closed since March of 2020. The City reported that construction on this project will continue and is expected to be done in the summer of 2022.

Get That Perfect OOTD For This Year’s Phoenix Open