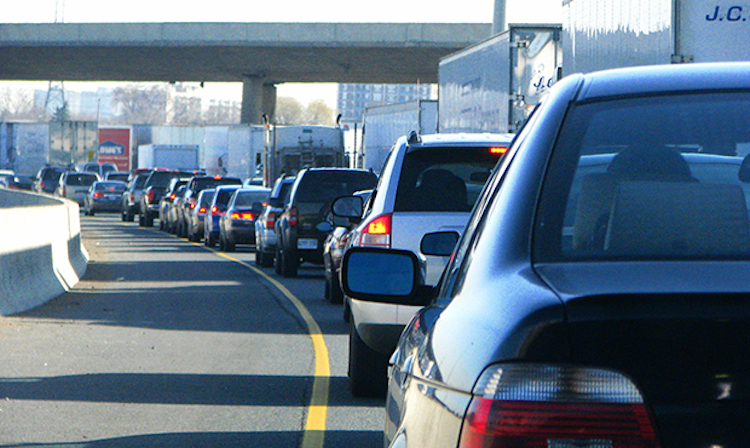 Officials are warning that drivers should plan for heavier afternoon freeway traffic on Monday, Dec. 13, along westbound Interstate 10 in Phoenix as well as Loop 101 (Agua Fria Freeway) in Glendale prior to the NFL showdown between the Arizona Cardinals and Los Angeles Rams.

Drivers should expect busier than normal conditions due to a mix of football and regular commuting traffic traveling toward the West Valley, according to the Arizona Department of Transportation. Kickoff between the Cardinals and Rams at State Farm Stadium is scheduled for 6:15 p.m. Monday.

Fans traveling from the East Valley can consider using the Loop 202 South Mountain Freeway as a route to reach I-10 west of the downtown Phoenix area. Drivers also have the option of using westbound and southbound Loop 101 in the north and west Valley areas as a route toward Glendale.

Those heading to the game should allow extra time and try to arrive in the area near the stadium early. Parking lots will open four hours before kickoff. Northbound Loop 101 on-ramps at Indian School Road, Camelback Road and Cardinals Way as well as the southbound Loop 101 on-ramp at Glendale Avenue will be closed from approximately 3 p.m. to 6:30 p.m. Monday.

Drivers also should practice patience after the game and be prepared for heavier freeway traffic along sections of Loop 101 and I-10 in the West Valley once fans have left the stadium.

Southbound Loop 101 off-ramps at Cardinals Way and Camelback Road and the north- and southbound Loop 101 exits at Maryland Avenue near the stadium will be closed from approximately 8:45 p.m. to 11:45 p.m. Monday as part of the city of Glendale’s post-game plan to enhance the movement of traffic departing the area.

What Will Become of Metrocenter Mall?