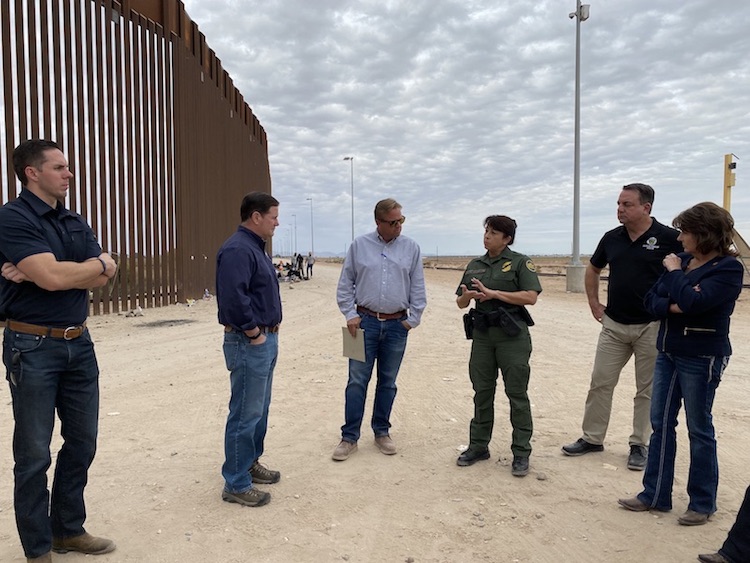 “It’s clear the Biden administration has created a December Disaster at our border,” said Governor Ducey. “As a result of piecemeal policy and a lack of federal involvement, U.S. Customs and Border Protection has been inundated. We simply cannot stand by and watch this catastrophe unfold. We are taking action at the state level to protect Arizonans and our communities. My thanks to the men and women of the Arizona Department of Public Safety, the members of the Arizona National Guard, the team at the Arizona Department of Homeland Security, members of the Border Patrol and the entire law enforcement community for your commitment to protecting Arizonans.”

The National Guard is sending the following resources to support the Department of Public Safety:

The Department of Public Safety and the National Guard are also deploying tactical resources to the areas where U.S. Border Patrol and intelligence indicate the most threatening incursions are occurring.

The Governor received a briefing from the U.S. Border Patrol, Arizona National Guard, Department of Homeland Security, Department of Public Safety and local law enforcement and he toured the mounting crisis at the border and its impact on the community. The Governor held a press conference following the tour and briefing.

This crisis means migrants are making the dangerous journey to the U.S., facing illness, violence and death. In September, federal authorities reported a family of three was found in the Yuma desert. The 37-year-old mother and her 10-year-old daughter were found dead from heat exposure and beside his mother’s body was a two-year-old boy found alive.