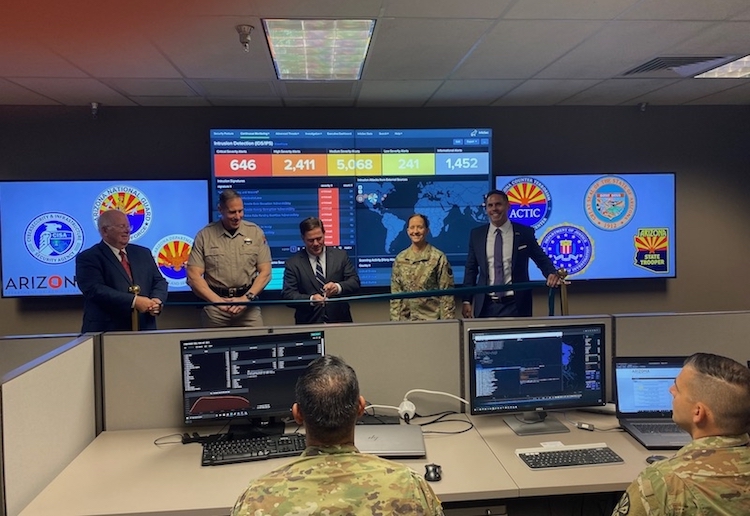 “Cybersecurity is homeland security. Our society is becoming increasingly interconnected through technology, and cybersecurity has become one of the most important issues facing Arizona,” said Governor Ducey. “This new command center will be critical in protecting Arizonans and ensuring our cyber infrastructure remains safe and secure. I’m hopeful that the U.S. Department of Homeland Security will recognize the success of these partnerships on cybersecurity and begin to treat border security just as seriously.”

The Cyber Command Center will be Arizona’s headquarters for coordinating statewide cybersecurity operations. The center will be a central location for cybersecurity professionals and local, state and federal agencies to prevent and respond to cyberattacks. It will provide an ideal location to enhance public-private partnerships to protect Arizonans against cyberthreats. 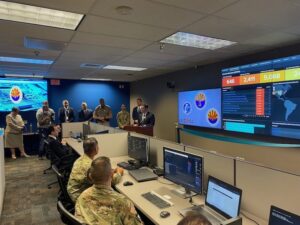 State agencies will use this center to increase information sharing between one another. This expansion has led the state to rename the Arizona Cyber Information Program (ACIP) as the Arizona Information Sharing and Analysis Center (AZ-ISAC). AZ-ISAC is just one program that will be run out of the new Cyber Command Center.

Director Roemer championed the effort to launch this command center. Governor Ducey appointed Roemer as Director of the Department of Homeland Security in April after he served as Arizona’s Chief Information Security Officer since 2019. Director Roemer shares the Governor’s belief that cybersecurity is homeland security. He recommended combining the state’s cybersecurity mission with the Department of Homeland Security to better protect Arizona from increasing cybersecurity risks.

In September alone, the Arizona Department of Homeland Security detected and alerted on approximately 68 million threats and protected state websites from over 800,000 attacks.

The Arizona Counter Terrorism Information Center is a joint effort by the Department of Public Safety, the Department of Homeland Security, the Federal Bureau of Investigation and other agencies to support Arizona’s homeland security efforts. The center was established in 2004 and operates on a 24/7 basis providing intelligence, investigative and technical support to state, local, tribal and federal law enforcement agencies. The new command center will be critical in protecting Arizona from modern threats.

US Announces Plans To Reopen Land Borders in November