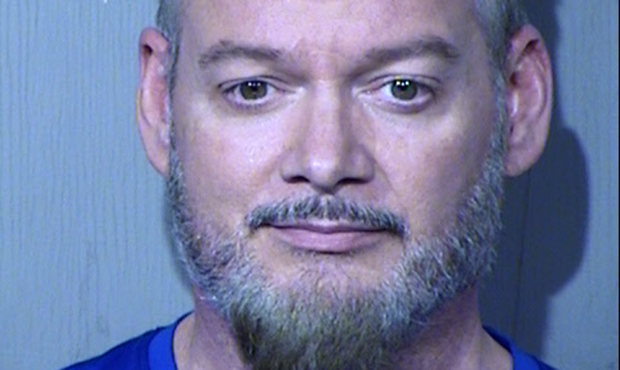 On Friday, a bench warrant was issued for an alleged serial child predator after he failed to show up for a court hearing. It was reported that Gordon Golding removed his ankle monitor before the scheduled court hearing and is currently on the run.

Gordon Golding is accused of sexually assaulting at least seven underage girls and providing marijuana to at some of them. Police say he used his job as a kickbox instructor to meet the victims and gain their trust. In addition, he also met some of the victims on social media.

In probable cause statements, multiple girls told investigators that Golding would pick them up from home in the middle of the night, get them high or drunk and then coerce them into taking their shirts off. The teenage victims say he would frequently touch and take pictures of their naked bodies, even tying up their “ankles and wrists with fuzzy chains.”

Police reports detail that Golding was well aware of the crimes, writing in charging documents that he specifically told the girls to lie about their age to others in their house and after taking pictures said he would later delete them because they were child pornography.

Golding was most released from custody on a $7,500 cash bond because he agreed to wear an ankle monitor. He also didn’t have a passport and he self-surrendered to police the second time he was arrested.

Now Golding’s location is unknown. Anyone with any information on his whereabouts is urged to call police.

Farrell’s Ice Cream Is Not Opening At Christown Spectrum