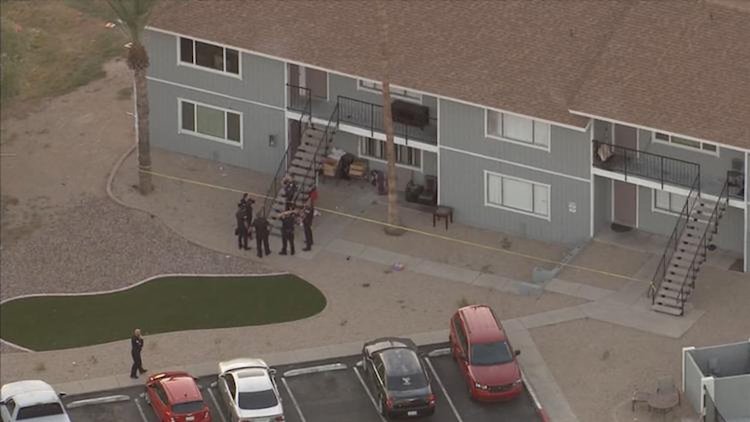 Two young children were found dead and their was mother taken to the hospital in critical condition after an incident at a Phoenix apartment Wednesday evening.

Officers responded to the apartment near 13th Street and Mountain View Road just before 6 p.m. on Wednesday, after a man called 911 saying his two children were dead in the home. Officers found two children, 4-year-old Royal McIntyre and 9-year-old Aleyah McIntyre, unresponsive in a bed at the home.

Sgt. Andy Williams with the Phoenix Police Department said the children were pronounced dead at the scene and a woman was taken immediately to the hospital with obvious signs of trauma.

A woman, believed to be the children’s mother, was also found inside a bedroom suffering from multiple stab wounds. Police say the wounds are believed to be self-inflicted. She is expected to survive.

The cause of the children’s death was unknown as there were no signs of obvious trauma, Williams said.

The man, who is believed to be the father of the children, has been detained and is cooperating with investigators. Williams said the man is not being called a suspect at this time.

Officials said the power had been cut to the home before investigators arrived.

No additional information was made available.