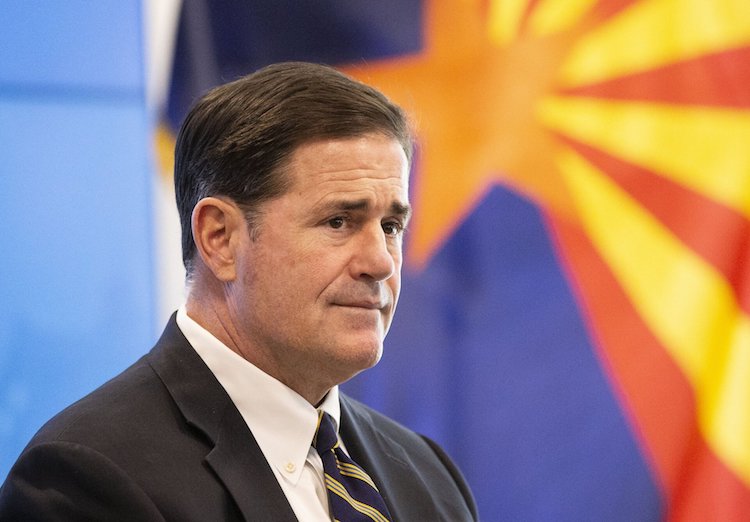 The FBI’s Public Corruption unit has begun investigating efforts by Arizona Gov. Doug Ducey’s past and current staffers – including one who is now a federal judge – to push for a closed-door deal to issue tax refunds worth as much as $100 million to aid one of Ducey’s campaign supporters.

Grant Nulle, former deputy director at the Department of Revenue, said an FBI agent contacted him in mid-July, shortly after an Arizona Republic investigation uncovered how the Ducey administration had pushed the department to agree to refund sales taxes on fuel for mining companies, even though that tax had been in place for decades.

The companies that stood to benefit were represented by Texas tax firm Ryan LLC, founded by Ducey supporter G. Brint Ryan. The top three deputies in Ducey’s administration left their government jobs and went to work for Ryan to push for the tax refund.

Those working for the governor met with Revenue officials at least 16 times to insist that the department – which was under their oversight in the governor’s office –agree to stop opposing Ryan and issue a tax refund to one fuel company. That, officials said, would have triggered refunds in all other similar cases, costing the state’s general fund more than $100 million.

Nulle, who along with ex-Revenue Director Carlton Woodruff opposed the giveaway, succeeded when an appellate court ruled in their favor and opposed the tax refund claims. Ducey later fired both men.

Nulle claimed that an FBI agent had called to check on the safety of him and his family. The agent, from the Public Corruption Unit’s Phoenix office, wanted to know if Nulle had received any threats after the series was published.

Nulle said he told the agent that he was fine, but said that the call concerned him.

Nulle, who moved his family out of Arizona, also told The Republic for the first time that the FBI had interviewed him several times in May regarding the refund campaign.

“They are investigating the whole situation, but I don’t know what they have,” Nulle said. “I do know I have zero plans to ever come back to Arizona. But, if I was to become a witness, I’d be on the first plane back to Phoenix.”

FBI Spokeswoman Brooke Brennan said on Monday: “As a matter of course, the FBI does not confirm or deny the existence of investigations.”

Brennan did not answer as to whether the agency had sought records from the governor’s office or Revenue Department.

The investigation examined how the state’s conflict-of-interest laws require a one-year waiting period before representing a private business in front of state government. The administration said that law didn’t apply to Ducey’s aides because they didn’t work for the Revenue Department – instead, they helped oversee it.

The investigation also examined how G. Brint Ryan, a major GOP contributor, and his firm used insiders to gain access to Ducey to try to get what Ryan wanted and how the Texas millionaire could help Ducey’s political ambitions.

Ducey said he was not aware of any FBI investigation.

“Our office has not been contacted, I have complete faith in my team. They’ve got the highest standards of ethical and legal standard, and I’m not concerned in the least,” Ducey told reporters speaking at an American Legion convention at the Phoenix Convention Center.

Paul Charlton, a former U.S. Attorney for Arizona who is not involved in the case and has no direct knowledge of any investigation, said it’s “wholly appropriate for the FBI to be involved in public corruption” cases.

He said such investigations happen regularly around the country, but added they are typically complex.

Charlton said the FBI would use the federal “Deprivation of Honest Services” law, which is related to mail and wire fraud laws, to conduct a public corruption inquiry.

“While the investigations are frequent, the success of prosecutions are less so because it’s difficult to prove honest services fraud,” said Charlton, a federal prosecutor from 1991 to 2007 and who is now in private practice.

The FBI inquiry comes after Arizona Attorney General Mark Brnovich began an investigation into the matter in early 2020.

That investigation appeared to go dormant until February when The Arizona Republic inquired about the refund campaign and the involvement of former and current Ducey staffers.

After that, Woodruff said he was again contacted by investigators from Brnovich’s office.

Woodruff on Monday said the FBI had not contacted him.

The Attorney General’s Office on Monday had no comment.

One of Ryan’s clients had demanded the repayment of about $12,000 in taxes paid on diesel fuel sold to a mining operation, claiming that a state sales-tax exemption for mining “equipment” should also exempt diesel fuel, even though tax rules had consistently taxed diesel fuel used by mining operations for decades.

If Ryan’s client had won that refund, it would have set precedent enabling similar companies to claim more than $100 million in refunds from state coffers, according to Department of Revenue officials, and Ryan’s firm would have been able to garner millions in commissions.

Ryan’s mining clients never received the refunds because Brnovich’s office decided to appeal the initial court case over the tax issue. On appeal, the attorney general and the Revenue Department prevailed, with the court agreeing that diesel fuel was not “mining equipment.”

But until that appeals court victory, Ryan had pushed Revenue to settle the case and pay out the money, perhaps spread out over multiple years to draw less scrutiny – and both former and current Ducey staff members joined that effort.

All began working for Ryan within months of leaving Ducey’s office despite a state law that requires a one-year cooling-off period for public employees before trying to influence their former employers.

Previously, Ducey’s office had made clear that it believed the conflict-of-interest law did not apply to the men because they were not attempting to influence a former employer – they were influencing their former subordinates. Ducey’s aides oversee state agencies, said spokesman Karamargin. “They provide policy direction to agencies; they report to us,” he said.

Indeed, Adams was pivotal in the selection – and sometimes the firing – of Ducey’s agency heads, and had previously interviewed Woodruff as a candidate for the job at the Department of Revenue.

High-ranking aides close to Ducey also worked to get Nulle and Woodruff to approve the refunds.

They were Deputy Chief of Staff Gretchen Conger and Budget Manager Glenn Farley.

Conger pushed for the tax break for nearly a year before reporting she may have a conflict of interest. That’s because the tax break would have resulted in about a $10 million refund for international mining firm Freeport McMoRan, where her father, Harry “Red” Conger, was president and chief operating officer, and also was a major campaign contributor to Ducey.

According to the state’s conflict-of-interest statutes, “any public officer or employee who has, or whose relative has, a substantial interest in any decision of a public agency … shall refrain from participating in any manner as an officer or employee in such decision.”

The law is specific on defining “relative,” which includes any “spouse, child, grandchild, parent, grandparent, brother or sister of whole or half blood.”

Gretchen Conger earlier this month left Ducey’s office to serve as a senior adviser for the Arkansas gubernatorial campaign of Sarah Huckabee Sanders.

Ducey’s administration fired both Woodruff and Nulle shortly after Christmas 2020, following the Revenue Department taking a position contrary to Ducey on a ballot measure.

Nulle and Woodruff told The Republic they believed Ducey fired them because of their unwillingness to bend on the refunds.

Nulle and Woodruff, in recent interviews, said at the time they were fired, Adams was representing Ryan for a different set of refunds for mining clients totaling about $20 million.

Neither knew if new Revenue Director Rob Woods, appointed by Ducey after the firings, approved those refunds.

Rebecca Wilder, Revenue’s spokeswoman, did not respond to questions Monday as to whether Woods approved the $20 million in refunds for Ryan’s clients.

Nor would Wilder answer as to whether the FBI had interviewed current Revenue staff or obtained documents from the agency.

“The Department of Revenue is unable to respond as state law prohibits the agency from disclosing private taxpayer information,” she said in a statement.