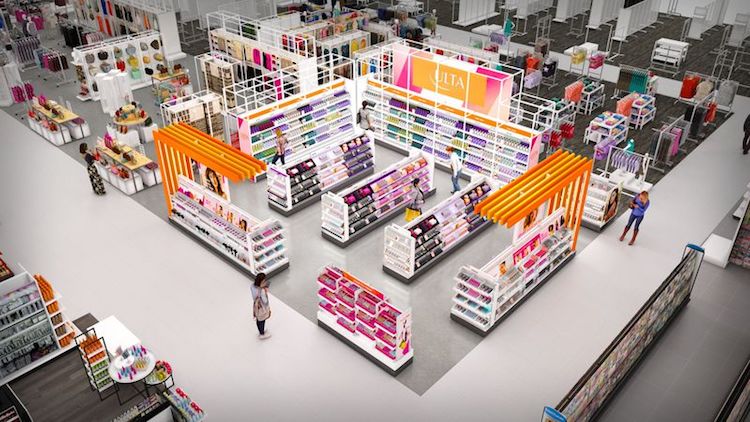 Many name brand retail partnerships have united to make shopping easier for Arizona consumers and offers the convenience of one stop shopping.

Online shopping has given consumer an easy outlet to tackle their shopping needs, which has resulted in consumers more dependent on ordering their items instead of shopping the aisles.

Many popular stores are looking for ways to lure in customers and capitalize on their consumers to make it easier to obtain the items they need in one location.  Here’s where you can find these “mini stores” in metro Phoenix.

Post-pandemic resulted in forcing many of the popular Disney stores in the valley to close their locations. Target is bringing the magic of Disney to more of its stores in time for the holiday shopping season. The first Disney store at Target is now open in the Valley.

The retailer has plans to expand the Disney Store at Target concept to more than 160 of its locations across the country by the end of the year. There are now 53 small shops inside Target stores, with one now open at the Scottsdale Talking Stick Way Target, as well as an online store at Target.com/Disneystore.

Disney isn’t the only brand taking Target by storm. Some Target stores are also upgrading their Apple brand offerings.

The Minneapolis-based retailer announced in February that a new “enhanced Apple shopping experience” would debut online and are set to begin rolling out to 17 stores across the country.

The new concept will double Apple’s footprint in the select Target stores and be “designed for guests to experience new products through demonstrations,” Target said in a news release. Target’s tech employees are receiving specialized training from Apple.

As of now, there are no Targets in Arizona with the expanded Apple section, but more locations are expected to arrive in additional stores by the end of fall.

Currently, shoppers using a Target RedCard already can save 5% on Apple purchases at Target.

And Target continues to work to capitalize on the consumer market.

Ulta is joining forces with Target to offer “The Ulta Shop” which will be set up next to the existing beauty sections at Target. The areas in the store will be approximately 1,000 square feet and offer about 50 “specially curated prestige brands” to Target shoppers.

The first 57 Ulta Beauty at Target locations opened Aug. 15, and more than 40 locations are listed as “coming soon” on the Ulta website.

Currently, the only Ulta inside a Target in Arizona is in Paradise Valley, but there are plans to reach 800 locations, and an online shop is also now open.

Ultamate Rewards Members can earn one point per dollar spent on Ulta products at Target, but you cannot redeem points at Target.

The brands are recommending that consumers go to the Target Circle Partners page at Target.com/circle/partners to link or create your rewards accounts. Once linked, you’ll earn points with Ultamate Rewards and 1% back with Target Circle (or 5% with a Target RedCard) on Ulta at Target purchases.

Kohl’s isn’t missing out on the action to attract and keep consumers. Kohl’s has partnered with Sephora to replace Kohl’s current in-store beauty area. Kohl’s shoppers will have access to approximately 125 brands and more than 8,500 products in categories including makeup, skincare, hair and fragrance products.

Kohl’s is working to bring the Sephora at Kohl’s experience to 200 stores this year and to more than 850 stores by 2023. Two Sephora at Kohl’s locations will open Sept. 17 at the Mesa East and South Peoria Kohl’s.