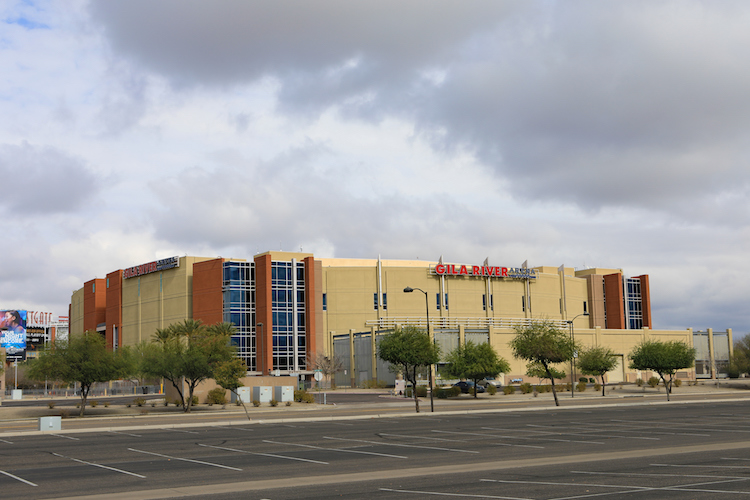 The Arizona Coyotes’ upcoming season at Gila River Arena will be the team’s last as the city of Glendale has decided not to renew the team’s operating agreement at the arena beyond the 2021-2022 season.

In a news release, the city of Glendale said it had informed the National Hockey League (NHL) their plans not to renew its agreement with the team, which has been operating on a year-to-year basis.

“We are thankful to the NHL and the Arizona Coyotes for being part of the Glendale community for the past 18 years,” said Glendale City Manager Kevin Phelps in a statement. “The decision to not renew the operating agreement with the Coyotes was not made overnight or in a vacuum. We carefully weighed input from key stakeholders, our expert economist, our arena management firm and our City Council.”

It has not been an easy ride for the state’s professional hockey team. Over several years, the city of Glendale and the Arizona Coyotes have had a long history regarding  negotiations, and ongoing discussions on their home arena.

Back in 2016, the Coyotes and Arizona State University announced a joint plan to build an arena for the Coyotes, which ultimately did not pan out.

In a statement Thursday afternoon, Arizona Coyotes President Xavier A. Gutierrez said he was disappointed in the city’s decision, but that the team was open to “good-faith negotiations” and “one hundred percent committed to finding a long-term arena solution here in Arizona.”

“We are disappointed by today’s unilateral decision by the City of Glendale to break off negotiations on a multi-year lease extension agreement. We are hopeful that they will reconsider a move that would primarily damage the small businesses and hard-working citizens of Glendale,” he said.

“Most importantly, the Coyotes are one hundred percent committed to finding a long-term arena solution here in Arizona, and nothing will shake our determination to do what is right for our organization, residents of the entire Valley and, most important, our fans.”

The reason for the dissolution of partnership? In its statement, the city of Glendale said it wanted to “focus on larger, more impactful events and uses of the city-owned arena” and said they have plans to develop its own sports and entertainment district.

In addition, last year Glendale has announced a some major development projects for the area in the coming months.

Crystal Lagoons Island Resort is proposed to be a 46-acre entertainment hub with a 10-acre lagoon, restaurants, hotels, attractions, and Mattel Adventure Park, which will be home to a Hot Wheels roller coaster, indoor go-karts, and a Thomas & Friends indoor theme park.

PopStrike, a mini-golf course concept co-developed by Tiger Woods, also announced that it would open two courses at Westgate. Unlike typical mini-golf with windmills and whimsical obstacles, these courses feature traditional hazards, such as bunkers and rough.

Girl Scouts to Sell a New Cookie in Arizona