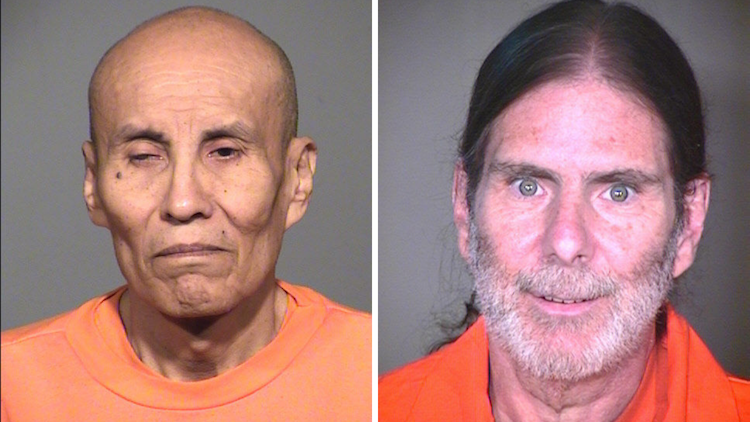 The Arizona Supreme Court on Monday threw out the schedule that would lead to the execution warrants for two death row inmates, delaying the projected dates for their executions.

Prosecutors now will have to do more testing of the state’s lethal injection drug before seeking execution warrants for Clarence Dixon and Frank Atwood.

The two men are the first death row prisoners in Arizona to be eyed for execution since the 2014 death of Joseph Wood, who was given 15 doses of a two-drug combination over two hours.

Prosecutors asked the state’s high court late last month to modify the schedules in their bid to get an execution warrant for Dixon after they revealed the shelf life of Arizona’s lethal injection drug was half as long as they previously thought.

The changes were being sought to accommodate for the drug’s shorter shelf life and keep the projected Oct. 19 execution date for Dixon on track.

States including Arizona have struggled to buy execution drugs in recent years after U.S. and European pharmaceutical companies began blocking the use of their products in lethal injections. Arizona corrections officials revealed earlier this year that they had finally obtained a lethal injection drug and were ready to resume executions.

In a July 6 filing, Dixon’s lawyer Cary Sandman said the state’s new scheduling proposal would give her only four days to respond to the execution warrant request. She had 10 days under the current schedule.

The high court on Monday denied the state Attorney General’s request to modify the briefing process for issuing the execution warrants and vacated the schedules.

Dixon’s execution date was based around a belief by a compounding pharmacist that the drug pentobarbital had a shelf life of 90 days.

The state now says until specialized testing on a sample batch of the drug is done, the shelf life of the pentobarbital to be compounded for Dixon’s execution would be 45 days.

Dixon was convicted and sentenced to death for the 1978 killing of Deana Bowdoin, a 21-year-old Arizona State University student.

Atwood was convicted in Pima County and sentenced to death for killing 8-year-old Vicki Lynn Hoskinson in 1984. Authorities said Atwood kidnapped the girl and her body later was found in the desert northwest of Tucson.

Arizona has 115 inmates on death row.

Marijuana Criminal Records Can be Expunged in Arizona Starting July 12