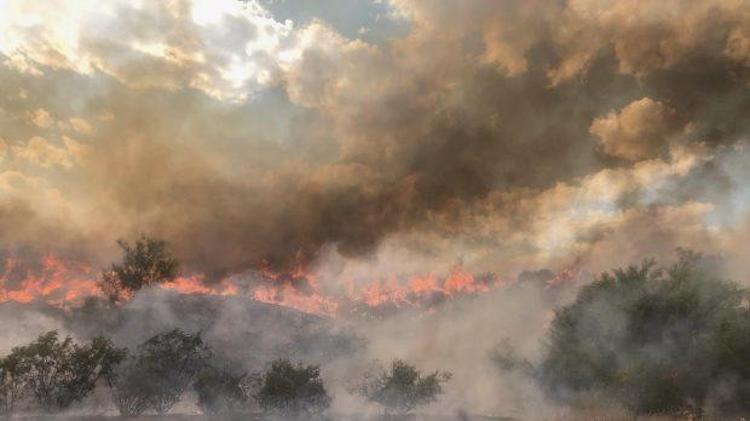 Nearly All Arizona National Forests Closed Due to Wildfires

As fires continue to range throughout Arizona, Summer camping plans in Arizona will need to be put on hold. Multiple national forests are closing to visitors due to increased fire danger.

Both the Coconino and Kaibab national forests closed to the public on Wednesday because of the “fire danger, dry conditions, and persistent wildfire activity during a time when firefighting resources are sparse,” according to the Forest Service.

“A full forest closure means that the public is prohibited from entering any part of Coconino National Forest at any time. Only those with private inholdings will be allowed access to their property, as well as personnel providing utility support where necessary, and firefighters performing their duties,” a news release said.

On Tuesday, the Apache-Sitgreaves National Forest announced that due to extreme fire danger and dry conditions during a time when firefighting resources are stretched thin, the entire forest would close for public safety, beginning Thursday, June 24 at 6 a.m.

Tonto National Forest said Tuesday they will be implementing a Stage 3 Forest Closure on Friday but some areas will remain accessible.

Arizona Snowbowl announced Monday it would temporarily close at the end of the day Tuesday, June 22, due to Coconino County’s current fire danger.

There are currently at least 15 wildfires in Arizona with more than 400,000 acres actively burning. Several of these wildfires have current evacuations in place.

Those camping or visiting the national forests should leave before the closure goes into effect. Forest personnel will attempt to reach as many people to inform them of the closure.

Officials say that anyone with plans to visit the forests over the next “several weeks,” should cancel their plans. The closure will remain in place until wildfire danger subsides.

Violating the closure and fire restrictions could lead to a fine of up to $5,000 for an individual or $10,000 for an organization, or up to six months in prison, or both.