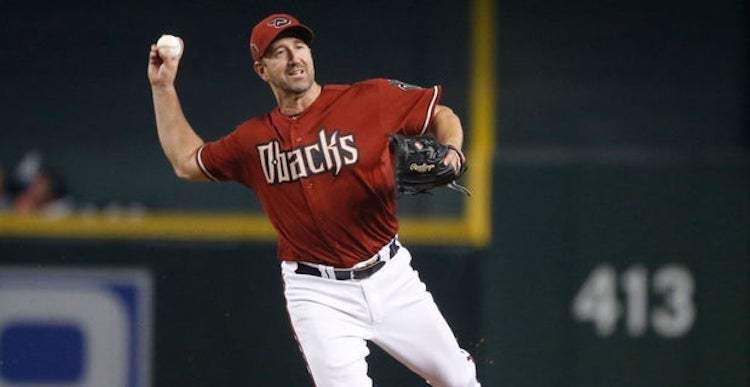 Arizona State baseball appears likely to pull from its rich history for a new head coach.

Willie Bloomquist, an ASU All-American in 1998 and 1999 and ASU Athletics Hall of Famer, is the leading candidate to replace Tracy Smith. His hiring could be official by the end of this week.

The 43-year-old Bloomquist had a 14-year major league career after three seasons (1997-99) at ASU. He has worked since 2016 in the Arizona Diamondbacks front office including his current position as special assistant to team president/CEO Derrick Hall.

Former Sun Devil Tim Esmay was ASU’s coach from 2010-14 followed by Smith, hired from Indiana, for the past seven seasons.

Bloomquist played for former ASU coach Pat Murphy, who preceded Esmay, including on a 1998 team that finished second at the College World Series. Murphy’s son Kai is among the current Sun Devils.

The hire would be unconventional in that Bloomquist has no college or professional coaching experience. There would be parallels to hiring Herm Edwards as football coach although Edwards came with lengthy NFL coaching credentials up to the head coaching level.

Ray Anderson, ASU Vice President for Athletics, said Monday that creating a pro model for baseball similar to football is “always feasible if you want to put the time and effort into working it out.

“We certainly thought about that model as something that may make sense for us. We’ll continue to massage that as we go through the (hiring) process. But yes, it’s crossed our minds for sure.”

Anderson’s staff now includes Graham Rossini as senior associate athletic director. Rossini was ASU’s director of baseball operations for six years (2002-08) before working for the Diamondbacks for 13 years, so he knows Bloomquist well. 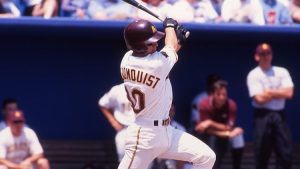 At ASU, infielder Bloomquist had a career average of .394, the fourth highest in school history among those

It’s unknown if any of Smith’s staff would be retained should Bloomquist be hired. Jason Kelly, at ASU since 2020, is considered one of the best pitching coaches in college and could be a valuable asset for a first-time head coach.

Other former Sun Devils and former major leaguers could potentially be considered for a staff headed by Bloomquist.

ASU has not advanced beyond the NCAA regional level since 2011 and last played in the College World Series in 2010. The current gap between CWS appearances is the longest in school history.