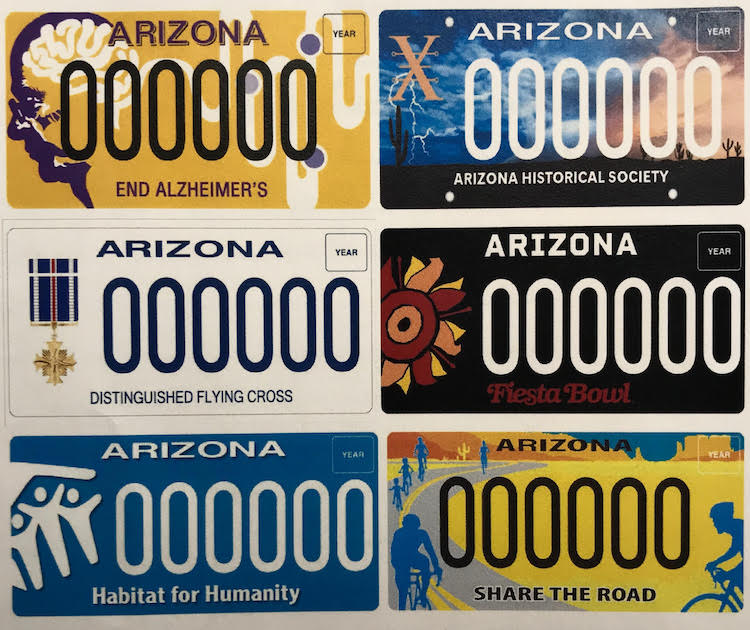 The worldwide aluminum shortage that’s constraining production for various industries means there is a temporary interruption in the production of Arizona license plates.

Arizona Correctional Industries (ACI) is a branch of the Arizona Department of Corrections, Rehabilitation and Reentry and has long produced license plates for the Arizona Department of Transportation Motor Vehicle Division. ACI did not receive a scheduled delivery of aluminum and currently has none in stock for production. MVD has engaged another vendor, Intellectual Technology, Inc., on an interim basis, as part of MVD’s continuity of operations plan, but the needed switch will result in a delay.

Customers who ordered plates after May 21 will begin receiving most specialty plates the week of June 7, with standard plates beginning to arrive the week of June 14 from the ADOT fulfillment center.

“We regret that customers will experience this delay,” MVD Director Eric Jorgensen said. “When we learned that our primary vendor didn’t receive the aluminum it was expecting, MVD immediately implemented its backup plan with ITI, a vendor we’ve worked with before, to ensure that plate production could begin as quickly as possible.”

Despite this delay, MVD will continue to process and issue license plate numbers for vehicles. As long as the proper information has been submitted before expiration of a vehicle’s temporary permit, it will show in MVD’s system as valid for law enforcement officers. MVD is in contact with law enforcement agencies statewide, auto dealers, fleet services, commercial trucking groups and other stakeholders, informing them of the situation.

ACI and MVD are not alone in feeling the pinch when it comes to aluminum. At least two other states have encountered license plate production issues in recent months because of supply-chain issues. Other industries, like canned-beverage makers and HVAC companies, have been constrained, too. Even the vendor for the aluminum ADOT uses to produce highway signs is experiencing a delay because it is waiting on material. ADOT has product on-hand and operations are not expected to be affected, at this time.

When production of license plates resumes, customers and motorists will see a new font being used. MVD has been considering a font change for some time, but doing so would have caused an interruption in production. That makes this an ideal time to implement the new font.