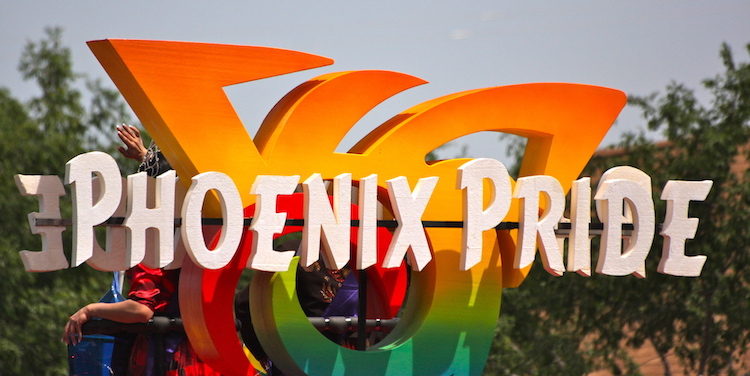 In honor of Pride Month, Phoenix Pride released a list of local events celebrating the occasion and plans for the return of the large-scale gatherings later this year.

Officials announced Tuesday that after more than a year of holding off on large gatherings, Phoenix Pride will return. The festival and parade is scheduled for November 6-7, 2021

Event organizers have scheduled smaller events throughout June in place of the festival and parade.

The first public event will be hosted by the Phoenix Rising Football Club on Saturday for its first Pride Night at Wild Horse Pass.

Five dollars from each ticket sold and all Pride night t-shirt proceeds will be distributed to Phoenix Pride and five other LGBTQ community organizations.

The second scheduled event will be Pride Night with the Arizona Diamondbacks at Chase Field on Friday, June 11th.

An event ticket pack for Pride Night includes a lower-level ticket and D-backs Pride cap for $30. A portion of each ticket sold will be donated to Phoenix Pride and One Community.

Throughout the month of June, visitors at Scottsdale Fashion Square will be able to view the “UNTIY MURAL” created at the last Phoenix Pride Festival, held in 2019.

Where to Celebrate Independence Day Around the Valley