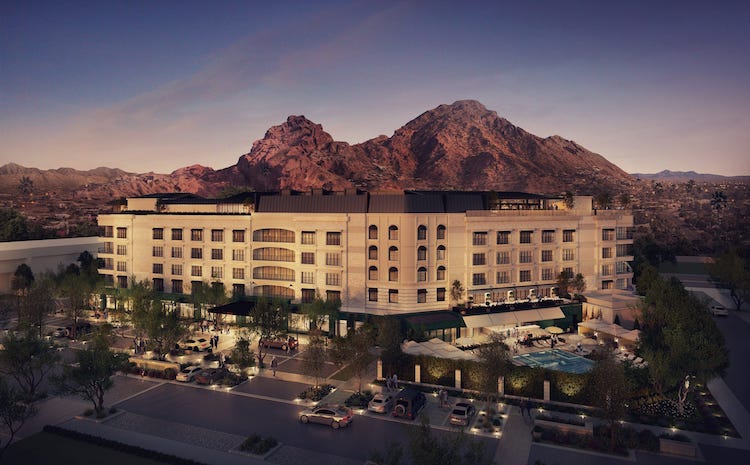 The Global Ambassador, the 141-room, internationally-inspired hotel “will inspire and draw travelers from all over the world to explore Phoenix in a new way,” Fox said in a statement Monday announcing the news.

It will be located within “The Grove,” a new development under construction near 44th Street and Camelback Road, in Arcadia. It’s the same area where the Phoenix Suns and Phoenix Mercury opened a new training facility.

The hotel is anticipated to open in fall 2023.

News of Fox’s project first surfaced in 2019 after public documents were filed with the City of Phoenix, though details on what the hotel would look like, the amenities it would have, and the timeline wasn’t known.

It is one of two projects under his newly-formed hospitality company, Author & Edit Hospitality. Last month, Fox opened The Twelve Thirty Club, a luxury restaurant and lounge, in Nashville, Tennessee. 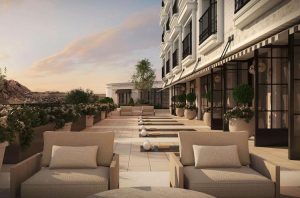 “With The Global Ambassador, we are evolving luxury hospitality at every level and from every perspective in order to deliver something truly remarkable for the well-traveled set who is looking to be inspired and intrigued in an authentic and unexpected way,” Fox said.

The hotel will also feature:

“This is so much more than a hotel – it’s a luxury lifestyle brand that we hope will inspire and draw travelers from all over the world to explore Phoenix in a new way. The Global Ambassador is the natural evolution of my passion for creating memorable hospitality experiences,” Fox said.

It is one of a number of luxurious hotel projects under construction in the state: