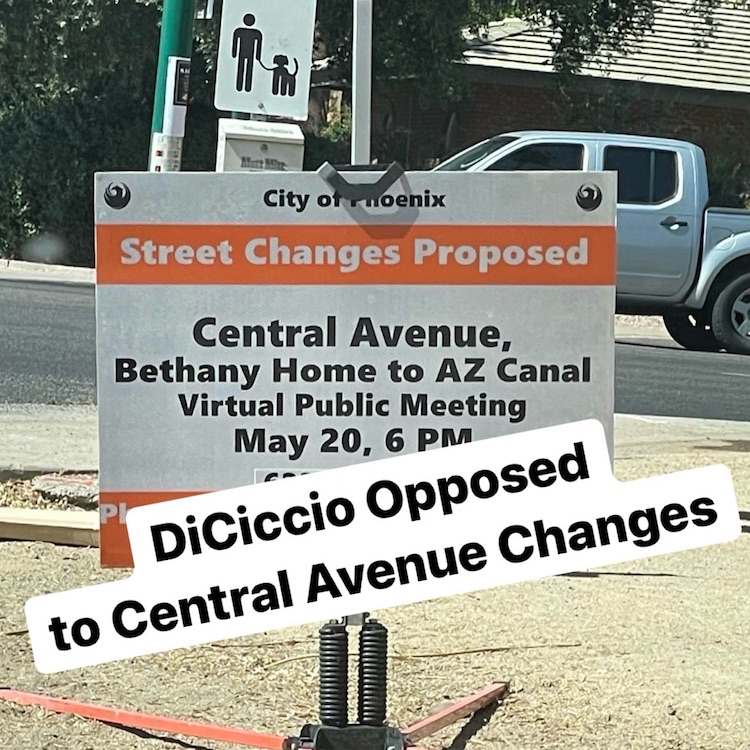 “I am very much opposed to the current plan that staff put out to the neighborhood. Here is my reasoning:

I think we can add bike lanes and still keep it two lanes.

With the current plan You are going to have the same situation that happened on Mill Avenue where it was a complete disaster for everybody.

Also, it will end up driving traffic to the thirds and sevens. It will increase cut through traffic huge through our neighborhoods because they can’t get out.

They will head either east or west to Third Street or Third Avenue. And the ones that will be really impacted are the homes closer to the sevens, Seventh Street and Seventh Avenue. A lot of that traffic will be funneled onto those streets making them unsafe.

Please feel free to share whatever information I’m giving you to your neighbors. But, I told staff there is a better way to do this rather than an outright disaster.”