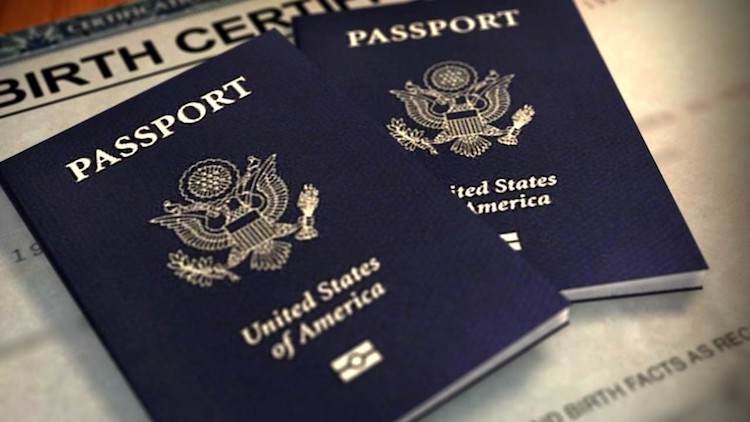 Getting/Renewing a Passport During COVID Pandemic

With more people becoming fully vaccinated and the Centers for Disease Control and Prevention (CDC) expanding its guidelines for those who have been immunized, people are starting to get hopeful that international travel is on the horizon.

Though international destinations are still limited and the CDC still advises against travel in general, some people are preparing for the time when they’ll be able to set off on their long-awaited vacation.

However, some of those who are eagerly preparing for a memorable trip are finding appointments at a passport acceptance facility hard to come by. If you need to get your first passport or renew your current one, start gathering your documents and start applying now.

The U.S. Department of State issued 11.7 million passports and passport cards to Americans in 2020. That’s a stark drop-off from the 20.7 million issued in 2019. The department hasn’t processed that few passports since 2005.

These decreases were caused by several things, all related to the pandemic. With travel restrictions and advisories in place, fewer people were traveling and needing passports. When the State Department finally reopened its passport processing facilities and intake sites with social distancing measures, far fewer appointments were available.

If you’ve never had a passport card or passport book and thus are applying for the first time, you’ll need to make an appointment and go to a passport acceptance facility with the required documents and payment. These include your filled-out application, citizenship documents, a photo for your passport, a photo ID and the passport fees.

If you already have a passport and you need to renew it or get other services, most of those can be done online and through the mail. Examples include:

You can’t renew or replace a stolen passport online but you can report it stolen online.

For new applications and renewals, it’s taking 10 to 12 weeks for regular service and four to six weeks if you pay the extra $60 for expedited service. Sometimes it is taking as long as four weeks just for applications to reflect online that they are being processed.

“Passport demand is tremendous at the moment in Phoenix and across the state as customers look forward to expanded travel opportunities later this year,” said Rod Spurgeon, a spokesperson for the U.S. Postal Service in Arizona, which accepts passport applications and renewals.

“We’re working to increase passport application availability soon while we continue to practice CDC guidelines for COVID-19 prevention,” he said.

The Western Passport Agency in Tucson used to be the place to go if you needed a passport quickly. Now, due to limited capacity, the agency only accepts appointments for those needing to travel within three days. Even so, you may find all the appointments already taken.

To get the appointment:

According to the State Department, you’ll need to bring: