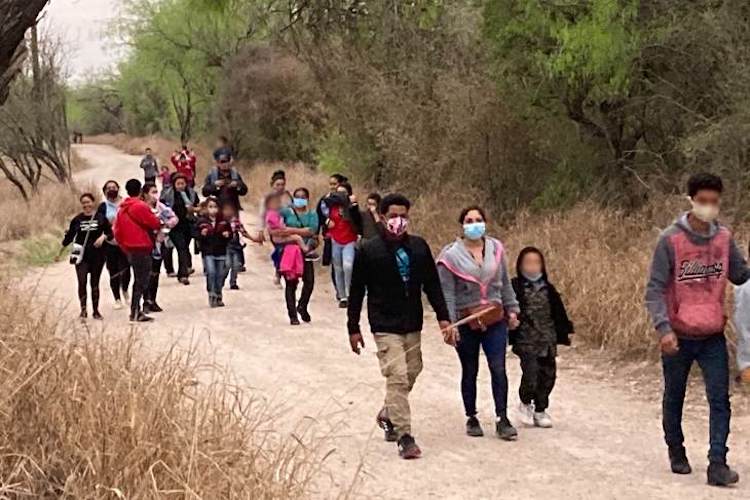 Harris will work on establishing a partnership with Mexico and the northern triangle of Honduras, Guatemala and El Salvador.

“There’s no question that this is a challenging situation,” Harris said before meeting Wednesday with Biden, Health and Human Services Secretary Xavier Becerra and Homeland Security Secretary Alejandro Mayorkas. “While we are clear that people should not come to the border now, we also understand that we will enforce the law, and that we also, because we can chew gum and walk at the same time, must address the root causes that cause people to make the trek.”

An increased number of children are being accepted into the USA, leading to overcrowding in short-term, jail-like facilities run by Customs and Border Protection. The Biden administration has struggled to move children quickly out of those facilities and into those run by HHS. By law, children are supposed to be moved out of CBP facilities within 72 hours.

As of Tuesday, HHS had 11,350 unaccompanied minors in its care.

Biden praised Harris Wednesday during the announcement, saying he “can think of nobody who is better qualified to do this.”

“When she speaks, she speaks for me, doesn’t have to check with me,” Biden said. “She knows what she’s doing, and I hope we can move this along.”

During an interview with “CBS This Morning” on Wednesday, Harris said the administration faces a “huge problem” at the border. Biden administration officials have avoided using the term “crisis.”

“This is, however, not going to be solved overnight,” she said.

The Biden administration has faced criticism from Republicans and Democrats on Capitol Hill for its response to the situation at the border and a lack of media access to the holding facilities.

White House officials and members of Congress visited a facility in Carrizo Springs, Texas, on Wednesday. One network, NBC, accompanied the officials on their trip.

The administration contacted Mexico and Central American countries to discuss solutions to the increase of migrants.

This week, Roberta Jacobson, special assistant to the president and coordinator for the southwest border, traveled to meet with Mexican government officials to discuss the situation at the border.

Juan Gonzalez, special assistant to the president and senior director for the Western Hemisphere, and Ricardo Zuniga, the State Department’s northern triangle special envoy, traveled to Guatemala to meet with government officials and nongovernmental organizations to discuss how to address the “root causes of migration in the region and build a more hopeful future in the region.”

Migrant surges at the border are typical and happened in 2019 and 2014.

Many migrants were left in limbo under Trump administration policies such as Title 42, which is still in place, and the Migrant Protection Protocol, which forced migrants to wait in Mexico for their immigration hearings. Many of those migrants are trying to cross into the US.

Spring is typically when the number of migrants coming to the U.S.-Mexican border increases, as travel conditions are easier. Many migrants from Central American countries face political and economic turmoil in their countries, as well as gang violence.

Last year, two hurricanes displaced many in Central America, some of whom made the trek to the USA.

Board Makes Decision on Fight Over Biltmore Golf Course