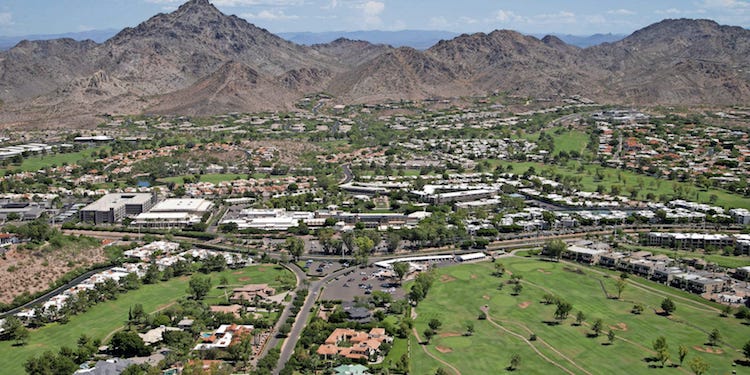 Board Makes Decision on Fight Over Biltmore Golf Course

A nearly two-year legal fight over non-golf activities at two of Arizona’s most iconic courses — a dispute that pitted millionaire Phoenix homeowners against high-profile business leaders — has been decided in favor of the residents and their desire to maintain the status quo at the courses.

The Phoenix Board of Adjustment this week decided in favor of the homeowners, upholding an earlier finding from city officials that largely restricts JDM Golf, the courses’ owner, from sponsoring non-golf activities outdoors. 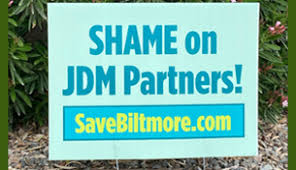 Corporate events, entertainment and other types of events must be held inside the clubhouse or other facilities, must be supported by adequate parking and can’t disrupt nearby residents, the board said.

“That’s all we really wanted,” said Richard Arroyo, president of a local homeowners association group who has spearheaded local opposition to expanded non-golf activities at the courses adjacent to the Arizona Biltmore.

Like many courses in recent years that have expanded non-golf entertainment and activities to generate more revenue, JDM has held or allowed various corporate events, drone-light shows, live-band entertainment, helicopter landings, weddings and other activities. Presumably, some of those will now stop or be restricted to indoors.

The company didn’t respond to requests for comment. JDM Golf is a unit of JDM Partners, owned by Jerry Colangelo, Mel Shultz and David Eaton. Colangelo is one of the Valley’s most recognizable business figures, having served as the former chairman and CEO of both the Phoenix Suns and Arizona Diamondbacks.

The courses aren’t directly affiliated with the Arizona Biltmore resort.

The board’s decision follows a judge’s preliminary order earlier in the week to penalize JDM Golf for filing a previously dismissed lawsuit against the homeowners. Superior Court judge Daniel Martin ordered the company to pay the defendants’ legal fees of $62,598. He added a $12,520 penalty for violating an Arizona statute designed to keep deep-pocket entities from filing harassing, costly or unnecessary lawsuits to stop or discourage citizens from exercising their rights.

The Adobe and Links courses have a long history, having been established by chewing-gum magnate William Wrigley Jr. starting in the late 1920s. They have hosted rounds of golf played by presidents and movie stars.

As JDM’s non-golf activities increased, along with a decision to shorten the 18th hole and scrape the existing green, nearby residents became agitated.

“For many years, the golf courses served as a high-end amenity that contributed to the value, desirability, attractiveness and quality of life within the Arizona Biltmore Estates,” said one lawsuit, filed in August 2019 by a limited liability company controlled by Michael Ahearn, a resident who is also chairman and former CEO of Tempe-based First Solar.

In another lawsuit, residents Peter and Sandra Jouflas complained about being woken one morning “by the sounds of tractors and earth-moving equipment” and were stunned to see workers destroying the 18th green of the Adobe course, turning it into a parking lot and golf-cart storage area.

JDM bought the golf courses during the Great Recession in bankruptcy court. Homeowners have maintained that JDM is subject to conditions, covenants and restrictions to which the courses’ prior owner, Kabuto Arizona Properties, agreed in 2003, in exchange for permission to develop more than 100 high-end condominiums along the courses. That document “narrowly and appropriately restricts the activities that may occur on the golf courses,” according to the Ahearn complaint.

JDM countered that it has hosted weddings and other non-golf events for years and received few complaints until recently.

JDM filed a proposal for a pavilion with Phoenix planning officials in 2019, when many residents were away for the summer. When they returned, “they looked out their window and saw all this earth being moved,” Arroyo said. He feared a “carnival atmosphere” might develop.

JDM Golf responded by filing a lawsuit of its own — the one recently dismissed —againstroughly two dozen homeowners and related entities such as family trusts. The suit detailed seven allegations, ranging from breach of contract to invasion of privacy and defamation, though not all defendants were sued on each count.

The homeowners argued that their criticism of JDM’s plans to expand non-golf activities was protected by the First Amendment. They hoped to find support from an Arizona law that aims to expedite dismissal of legal actions brought by developers and other deep-pocket entities against homeowners and others who exercise their right to air grievances.

“They’re targeting the people who have spoken out at hearings, commented on it or written about it,” Arroyo told a Republic reporter last year, moments before Arroyo was told to leave a small restaurant run by the golf courses. “They’re looking for ways to punish me as if it’s a personal campaign.”

Jo Anne Rosensteel, another homeowner who was named in the lawsuit, feared she could “lose everything” just by taking a stand. “I’ve done nothing malicious to them at all but voice my opinion that I’m not in favor of this,” she said at the time.

JDM Partners had complained that a small group of homeowners had sued it to prevent the company from building a new clubhouse and improving the parking situation at the courses.

The lawsuits and resident outrage in the posh neighborhood, where homes sell for seven digits, also reflect the changing role of golf courses as the industry seeks to reinvent itself by attracting a younger, more diverse and more female clientele.

Many courses and country clubs have tried to expand their businesses to include parties, dance classes, pickleball tournaments, beer-tasting events and other non-golf activities.

Some courses have shortened their yardage and removed water holes and sand traps to make for easier, faster play. Others now use carts equipped with television and internet for patrons who don’t want to be unplugged for the four or five hours it takes to play a round.

The JDM lawsuit asserted that about 80,000 rounds are played at the two Biltmore courses annually, down from about 105,000 a decade or more ago.