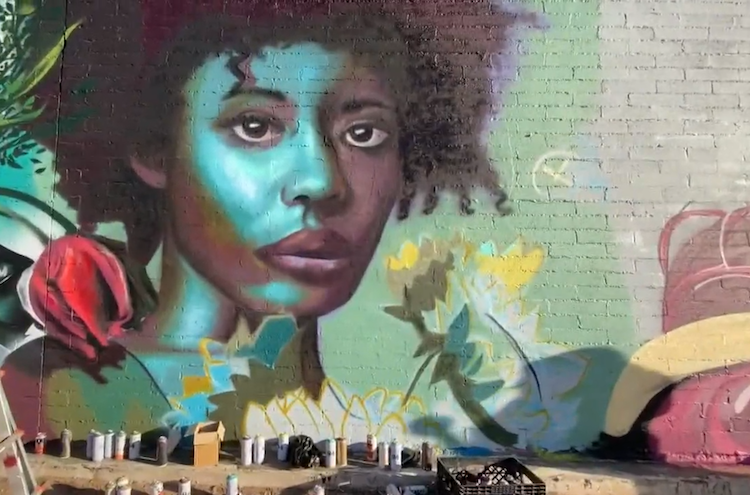 The Phoenix Mural Project sponsored by SRP is finishing up a month-long project this weekend of painting 68 murals on walls along the Grand Canalscape from 15th Avenue to 7th Street.

The public is invited to watch artists put the final touches on the murals, which illustrate each artists’ visions of Arizona and sustainability, on Saturday from 10 a.m. to 3 p.m.

Danielle Foushee, organizer of the Phoenix Mural Project and an Arizona State University design professor, was inspired by murals she saw around Phoenix and coordinated the effort to beautify the canals and trails many residents use each day, according to the release.

Those who attend on Saturday could also win discounts to nearby shops and restaurants by participating in the Phoenix Mural Festival Passport contest, see work by the festival’s featured artists in the Savidan Gallery and view the city’s newest ultra-sustainable and co-working environment during a tour of FIVE55.

People can also take an urban photography walk with a photographer as part of the festivities.

All participants must wear face masks and maintain social distancing.

A map of murals around downtown Phoenix and more than 700 images of murals can be found on the Phoenix Mural Project’s website.