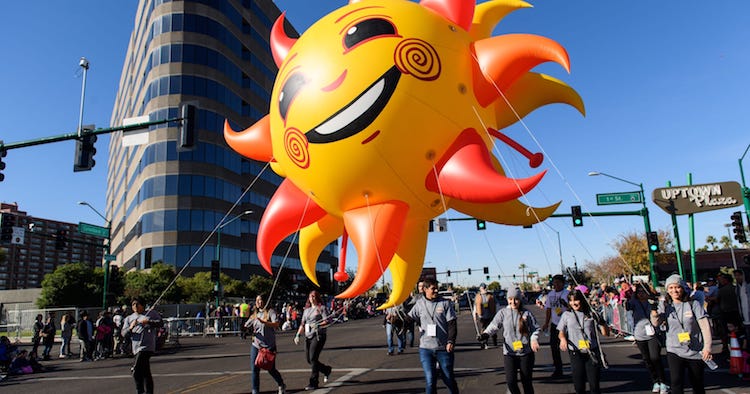 The Fiesta Bowl and Desert Financial Credit Union announced Tuesday morning that the Fiesta Bowl Parade rescheduled for April 2021 has been cancelled.

Organizers have replaced the event that draws more than 100,000 people to the streets of Central Phoenix with “Kindness Arizona,” a caravan of buses and cars that will hit the road next month.

The week-long road trip will make 25 stops in the Phoenix-Metro area, Tucson, Prescott, and Flagstaff and kicks off March 22.

Volunteers will sort of bring the parade to you on a much smaller scale. Each stop will likely look a little different, but will include exciting surprises and cash donations.

“We’re contacting people at various nonprofits, schools, frontline workers at healthcare facilities, and things like that. We’re going to have a variety of events that week,” explained Meshey.

Organizers are still working out the details.

“We’re saddened we couldn’t have a parade this year,” said Jeff Meshey, President and CEO of Desert Financial Credit Union. “Fiesta Bowl and Desert Financial teams got together and sort of reimagined what we could do instead.”