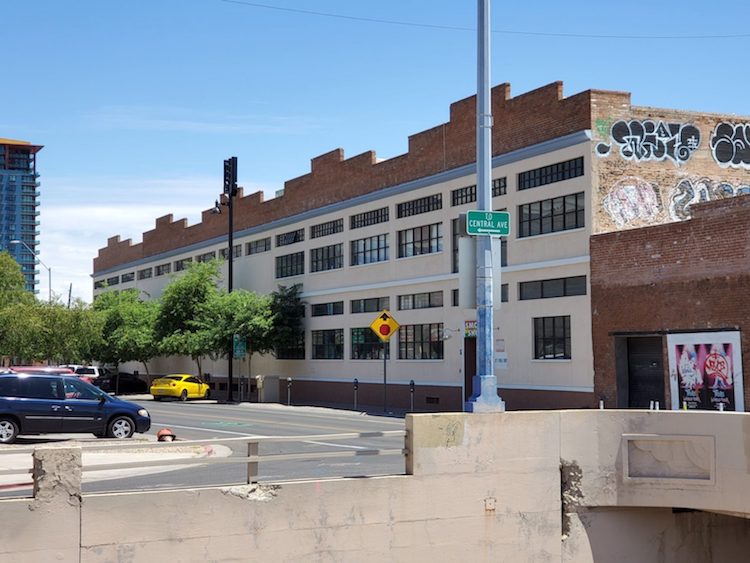 A controversial project regarding preservation of a historic Phoenix building has been decided upon.

The Phoenix City Council approved several zoning changes Wednesday that will allow the owners of a historic downtown structure, known as the “Arizona Hardware Supply Co.” to build a 26-floor mixed use tower called The Blue. With the vote, the project will move forward in 2022.

The site is located on the southwest corner of 1st St. and Jackson St. in the city’s Warehouse Historic District, and the zoning changes were opposed by the city’s Historic Preservation Office, calling it an “unprecedented case” of the city removing historic designation from a building still standing.

The project generated controversy over keeping the historic preservation of the building intact.  The stakeholders of the project in favor of the new development are the Arizona OIC, which stands for Opportunities Industrialization Center (OIC).

“Even though we are the fifth largest city in the country, I think that we have a lot of young people as well that can definitely take advantage of everything that OIC does,” Councilwoman Betty Guardado, District 5, said.

The Phoenix city council voted to remove the historic preservation overlay on the existing building with an effective date of February 4, 2022.  This prevents the project from circumventing the one-year demolition stay that is usually in effect for buildings with historic designation.

The project is planned to be built inside the existing building, and will remove one wall and the roof. Council members praised the plans that call for preserving three walls of the old warehouse building and approved three zoning variances that will allow changes to the structure and a height variance allowing the developers to build one of the tallest new buildings in downtown Phoenix in many years.

Besides continuing to serve as a center of operations for the Arizona OIC, the new building will involve hotel space, condominium units for permanent residency and retail. Despite the several benefits that the new building would provide to the city, people had mixed opinions about the construction’s effect on the historical preservation of Phoenix.

“Our mission is to help others help themselves, and this project will help us to attain that mission,” CEO of Arizona OIC Dr. Jean Blue said.

Historic preservationists voiced strong opposition to the plan, noting it was the first time in 35 years that the city had removed a historic preservation easement, a move that will set a bad precedent when it comes to preserving old buildings in historic Phoenix neighborhoods.

“This is about our city and how they are going to make it better,” Councilman Sal DiCiccio, District 6, said.

7th Street Bridge To Be Closed ‘For Several Months’ After Fire