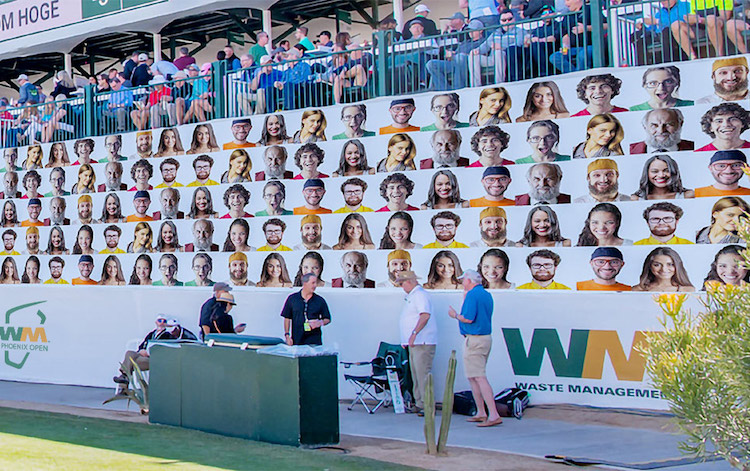 Fans Can Have Their Photo at 16th Hole at Phoenix Open

For a $250 or $500 donation to benefit several charities, golf fans can have a virtual photo of themselves at the Waste Management Phoenix Open’s famous Par 3, the 16 Hole.

Donations will be given to Thunderbird Charities and will directly benefit Arizona Helping Hands, Teen Lifeline, Boys & Girls Clubs of the East Valley, and Phoenix Children’s, the tournament said in a news release.

Because of the pandemic, it is not yet clear how many fans will be allowed to attend the event, which traditionally draws thousands of people to Arizona. Both ESPN and Golf Digest, citing a memo that was sent to players, reported that the tournament would potentially be limited to 8,000 spectators per day.

The Phoenix Open has not announced any specific details about fans but leadership has said that it is their intention to have a limited number of fans in some capacity at the event. It has also not been officially announced whether or not the Birds Nest, which hosts nightly concerts after the tournament, has been canceled or not.

A single-story open-air venue is being built around the 16th Hole, which is known for its coliseum-style seating and lively atmosphere. Most of the other hospitality suites and VIP sections were not built because of the time it takes to build them (construction usually begins in the fall ahead of the tournament) and the uncertainty of the pandemic.

“Although the WM Phoenix Open footprint will look significantly different this year, we wanted to give our fans – the greatest fans in golf – another opportunity to be a part of the 2021 event if they are unable to attend,” said Tournament Chairman Scott Jenkins in a statement.