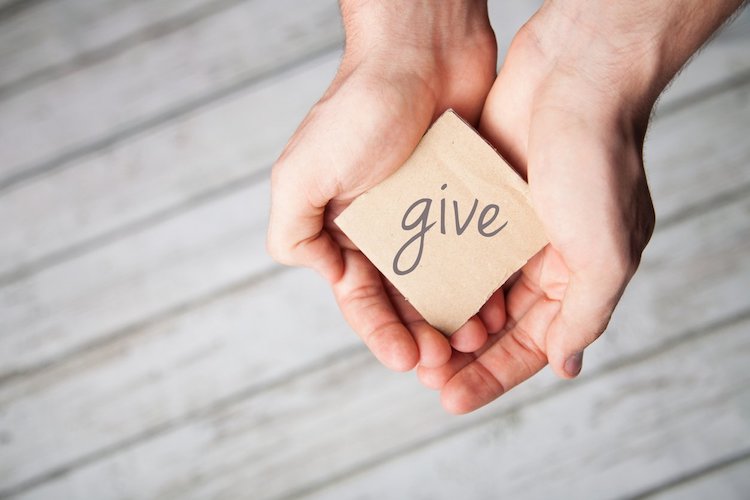 How to Help Charities Hit Hard by COVID-19

If you’re inclined to support charities, 2020 could be a special year for doing so.

The usual nonprofit funding needs have been worsened by the COVID-19 pandemic. Many charitable organizations have seen donations drop and revenue-generating events canceled while grappling with increased demand for their services.

One late-October survey, from the Alliance of Arizona Nonprofits, found that nearly two-thirds of charity organizations in the state expect to face net operating losses of 10% or greater, with some groups voicing concerns about their long-term viability.

Congress responded by loosening the tax rules a bit for people who make donations to assist nonprofit groups. What follows is a discussion of some of the ways that gifting might make sense over the waning weeks of 2020.

Taxpayers who itemize may deduct donations to charitable groups. This basic tax rule wasn’t altered. But what has changed is a special donation deduction of up to $300 for people who don’t itemize.

This provision is new for 2020, created in response to the COVID-19 pandemic. There’s speculation in tax circles that it might be continued in some form in future years. “It might not be a pure one and done,” said Justin Smith, a certified financial planner with expertise in charitable donations at Savant Wealth Management in Phoenix.

The top donation amount under this provision of $300 applies equally to single taxpayers and married couples filing jointly.

People who make large gifts of cash to qualified charities and seek to take an itemized deduction usually face restrictions. In a normal year, you may deduct donations of up to 60% of your adjusted gross income, with no tax benefit above that.

For 2020, however, Congress temporarily raised the limit to 100%, meaning you could effectively give away an amount equal to all of your adjusted gross income for the year, and deduct it, if you have the means and inclination to do so. Most people have neither the means nor the inclination, but it’s something to consider.

A special donation rule applies for seniors with a charitable bent. Taxpayers aged 70½ and older who have Individual Retirement Accounts can donate up to $100,000 annually to charities and count the gifts toward satisfying their required minimum distributions, or RMDs, for the year.

Why not just donate using non-IRA money? Because making a direct payment as a “qualified charitable distribution” may offer tax and other benefits. Even though RMDs were waived for 2020, you still might want to pursue this option if you’re of the right age, have an IRA and don’t need the money for living expenses.

The amount donated as a qualified charitable distribution doesn’t qualify as a direct tax deduction, as normally would be the case. But it also doesn’t get included as adjusted gross income. Direct, non-IRA donations, by contrast, lower taxable income but not adjusted gross income, noted Jeffrey Levine, a tax commentator for Kitces.com who also heads Buckingham Wealth Partners.

Why does all that matter? If you have Medicare Part B or D coverage, you might face increased premium payments as your AGI rises. A higher AGI also could subject you to the 3.8% surtax on net investment tax that hits high-income individuals. So to the extent that a qualified charitable distribution doesn’t get included in AGI, you could save money.

With a qualified charitable distribution there’s no specific tax-return box to check or form to fill out, Smith noted. So be sure to include documentation — such as a receipt from the charity — showing that you donated money directly from your IRA in this manner.

During a speech sponsored by the American Institute of Certified Public Accountants, Levine emphasized that it’s often much wiser, from a tax-planning perspective, to donate assets other than cash — specifically stocks, mutual funds or other assets on which you have unrealized paper gains.

Not only could these types of gifts qualify you for a charitable deduction but you also wouldn’t face capital-gains tax on the profits, as you would if you sold them first, then donated the proceeds.

Just be aware that you would need to donate appreciated assets held in taxable accounts to receive these benefits. Those in IRAs, 401(k) plans and the like wouldn’t qualify for the same capital-gains avoidance.

Because taxpayers often don’t have all that much in charitable donations and other deductions each year, many advisers recommend a bunching strategy. With this approach, you would donate more than you normally would one year, then give less or nothing the next.

For example, if you typically give $5,000 annually to charities but wouldn’t have enough to itemize, consider doubling that one year to $10,000. When combined with other routine deductions, you might have enough to itemize. For 2020, itemizing kicks in if you have deductions above $12,400 for singles or $24,800 for married couples. Below those levels, you would take the standard deduction instead.

“Charity donations tend to be the most discretionary bunching candidate,” Smith said, meaning the amounts you contribute are highly flexible unlike, say, mortgage interest or property taxes.

A bunching strategy also can work especially well if you expect to have unusually large medical expenses for the year.

Another option — especially if you’re not sure where you want to donate — is to set up a donor advised fund, allowing you to make a large gift one year (and take the tax deduction then), while spreading your disbursements to charities over several years.

Many large brokerages including Charles Schwab, Fidelity Investments and Vanguard can set up donor advised funds, as can certain philanthropic groups such as the Arizona Community Foundation.

Ongoing fees apply on donor advised funds, but you also have the ability to invest money that hasn’t yet been disbursed. That way, you might be able to build up your fund balance beyond the amount of your original donation.

Most people focus their donation strategies with federal tax rules in mind. But Arizona has some valuable provisions, too. These include several key credits which, unlike deductions, can reduce your tax obligations directly, not just income subject to taxation.

Eligibility rules, donation amounts and other details vary. Check the website of the Arizona Department of Revenue (azdor.gov) for “tax credits.”

Unlike the federal donation provisions — and most tax rules — gifts tied to Arizona tax credits don’t need to be made by Dec. 31. Rather, next April 15 is the relevant deadline.

Plan on Loop 101 and Loop 202 Freeway Closures This Weekend