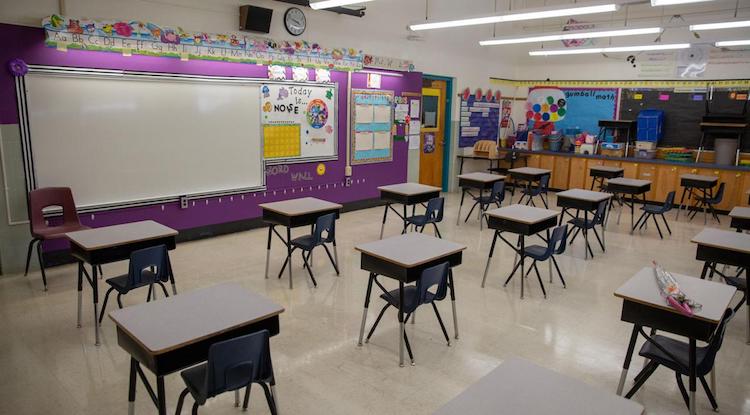 One Metric Keeping Arizona Businesses and Schools Open Amid COVID

One metric is keeping some Arizona businesses from being forced to close despite a surge in coronavirus cases around the state.

It’s also ensuring that the recommendation for schools in some areas doesn’t get downgraded to virtual-only status.

The Arizona Department of Health Services’ COVID-19 dashboards for schools and schools, which are updated every Thursday, are based on three metrics that gauge how widespread the disease is in each county.

While two of the metrics – cases per 100,000 residents and percent positivity for diagnostic testing – have been spiking in some areas, well into the substantial range at times, the metric for regional percentage of hospital visits for COVID-like illnesses has been sitting in the minimal range for every county since the dashboards were launched in August.

Dr. Cara Christ, director of the state health department, said the COVID-like illness metric is reliable and was chosen for the benchmarks because it’s independent of test availability and tracks consistently with hospital usage.

“In fact, reviewing our data has shown that COVID-like illness is a leading indicator and more sensitive, showing increases in hospital utilization several days earlier when compared to the self-reported hospital COVID-19 specific metrics,” she wrote in a blog post earlier this week.

The school benchmarks were designed as guidance for K-12 districts in their decisions about opening levels. Districts, however, have the final say in whether they offer virtual, hybrid or traditional learning formats.

Benchmarks in all three metrics had to be reached for at least two consecutive weeks for counties to enter the opening stage for businesses and the hybrid or traditional learning recommendation levels for schools.

Levels for businesses openings and hybrid or traditional learning were attained in all 15 counties by Oct. 1.

No statuses have changed since then, because all three metrics have to go back into the substantial range for two weeks before affected businesses will be forced to close again or for school recommendations will revert to online-only instruction, per Arizona Department of Health Services policy.

The dashboards are updated each week with data at least 12 days old to account for lags in reporting, ensuring that assessments are based on accurate statistics. Therefore, the latest update covers the weeks starting Oct. 18 and 25 (through Oct. 31).

In Thursday’s updates, Yuma and Graham counties were in the substantial spread range for at least two weeks for the case and percent positivity metrics, but well into the safe range for the COVID-like illness metric.

Is it Safe to Host Thanksgiving Gathering Amidst COVID?