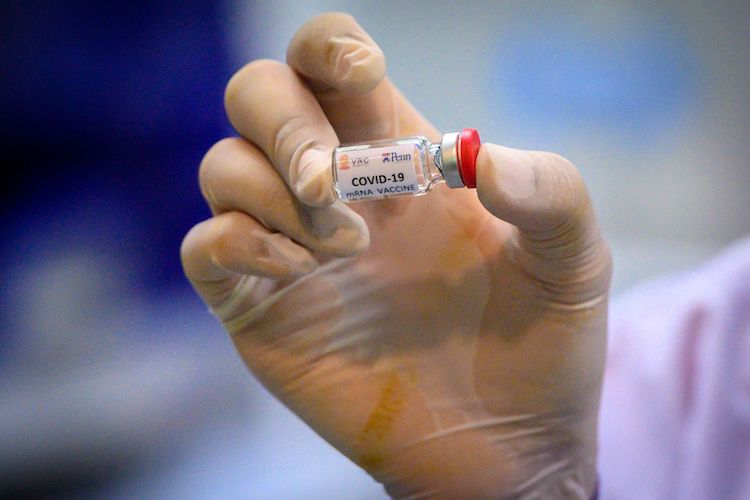 In a promising development, an initial glimpse at the data from Pfizer’s ongoing late-stage clinical trial shows that the company’s vaccine is more effective at preventing COVID-19 than a placebo.

An early morning release said the vaccine from Pfizer and partner Biotech was “found to be more than 90% effective in preventing COVID-19” according to an early analysis that included 94 confirmed cases of COVID-19 in trial participants.

“With today’s news, we are a significant step closer to providing people around the world with a much-needed breakthrough to help bring an end to this global health crisis,” said Dr. Albert Bourla, Pfizer Chairman and CEO, according to prepared remarks.

More safety data is still necessary before the company will apply for a limited authorization for high-risk individuals (i.e. elderly, health care providers and/or first responders) or the more complete Biologics License Application that grants approval for almost everyone.

But Pfizer’s vaccine won’t be rolled out in any mass immunization campaign just yet. First, the company must demonstrate that the vaccine is not just effective, but also safe. According to FDA guidelines, that means at least two months of safety data after the last injection in half the volunteers.

The company plans to submit for FDA authorization in the third week of November. From there, it could take the FDA two to four weeks to make an authorization decision after a public hearing and a recommendation from an independent vaccine advisory committee.

According to FDA guidance, companies are permitted to ask for an emergency authorization based on efficacy data from an interim analysis, plus at least two months of safety data.

This could make Pfizer the first company to have a vaccine available in the United States if given the green light by the FDA.

Other companies are not far behind. Moderna has enrolled all 30,000 volunteers needed for its late-stage trial, and expects to have its first interim analysis this month too.

Two other companies, AstraZeneca and Johnson & Johnson — had brief setbacks when their late-stage trials were paused over safety concerns. But those trials are now back up and running and may have data available in early 2021.

Dr. Moncef Slaoui says that if everything continues to go according to plan and there are no major scientific or manufacturing delays, most Americans could have access to a vaccine by spring 2021 and possibly be immunized by June.

Two experts who have been watching the vaccine development process said the results were even better than they’d hoped.

“You have to be pleasantly surprised,” said Dr. Paul Offit, director of the Vaccine Education Center at Children’s Hospital of Philadelphia and a professor of vaccinology at the Perelman School of Medicine at the University of Pennsylvania.

What’s not yet clear is whether the vaccine is more effective for some groups of people than others, Offit said. Vaccines traditionally do not work as well in older people, who are most vulnerable to COVID-19. That data likely will come when these results are published in a scientific journal, or after more results have come in.

President-elect Joe Biden said in a statement Monday, that while the news is extremely promising, it does not mean people can stop wearing masks or taking other precautions to avoid COVID-19.

“Americans will have to rely on masking, distancing, contact tracing, hand washing, and other measures to keep themselves safe well into next year,” Biden said. “Today’s news is great news, but it doesn’t change that fact.”

Health care workers who are regularly exposed to COVID-19 are likely to be the first to receive a vaccine, followed by high-risk elderly people, assuming the vaccine works well in them.

Is it Safe to Host Thanksgiving Gathering Amidst COVID?