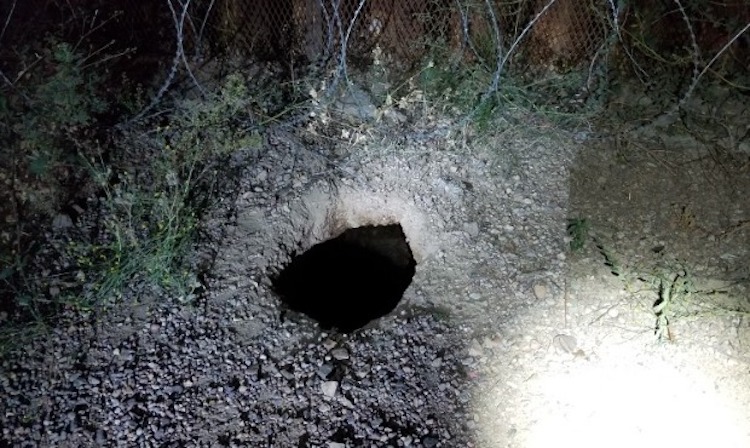 Tucson agents used video surveillance to locate the tunnel on the Arizona side of Nogales at about 7:45 p.m. on Sunday.

The rudimentary, hand-dug tunnel extended for about 10 feet and had no shoring, ventilation or lighting.

Agents located the tunnel’s exit about a half mile west of the DeConcini Port of Entry and about three feet north of the border.

Mexico’s Guardia Nacional located the entrance on the floor of the existing Grand Avenue Drainage System in Mexico.

It was the 127th tunnel discovered in the Tucson Sector since 1990.

“Binational cooperation between the U.S. Border Patrol and the government of Mexico plays a vital role in border security,” U.S. Customs and Border Protection said in a press release.

“Efforts, such as tunnel sweeps, aim to disrupt transnational criminal organizations and prevent the smuggling of narcotics and humans across the border.”

Breweries are Running Out of Aluminum Cans