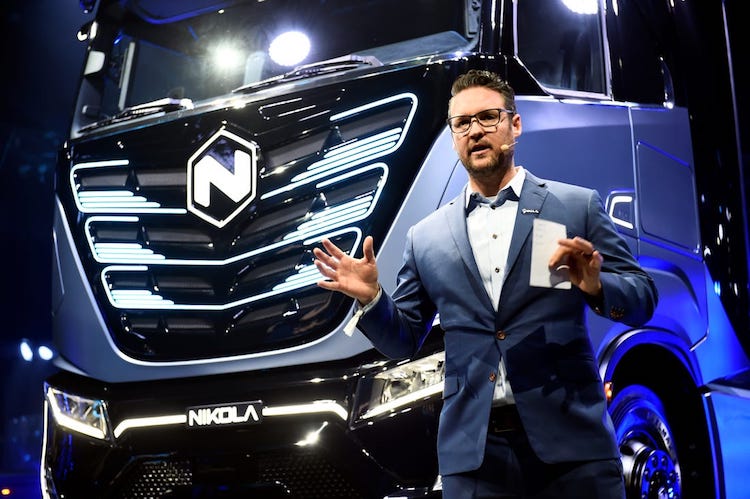 The founder of Phoenix-based Nikola Corp. is resigning from his position as executive chairman amid a federal investigation into the start-up’s claims about its technology.

Trevor Milton – who served as the charismatic public face of the company, trumpeting its electric vehicle and hydrogen fuel cell technology and promoting a recent partnership with General Motors – is leaving the company effective immediately.

“Nikola is truly in my blood and always will be, and the focus should be on the company and its world-changing mission, not me,” Milton said in a statement. “So I made the difficult decision to approach the Board and volunteer to step aside as Executive Chairman.”

His exit comes as Nikola is grappling with accusations first levied by an investment fund that the company misled the public about the nature of its progress, including the capability of its hydrogen semi-trucks and its battery systems.

The Securities and Exchange Commission (SEC)  is investigating the matter after a recent report by Hindenburg Research accused Nikola of “intricate fraud” and singled out Milton for allegedly making false statements.

Nikola responded by saying the claims were “designed to provide a false impression to investors and to negatively manipulate the market in order to financially benefit short sellers, including Hindenburg itself.”

Arizona Snowbowl to Reopen in November