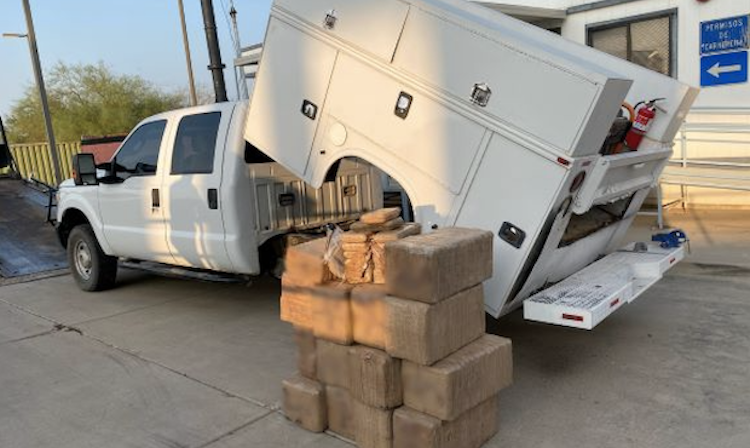 Arizona Man Arrested at Border for $1 Million Worth of Meth

U.S. Border Patrol agents arrested an Arizona man on late last week after finding $1.4 million worth of methamphetamine in a “highly-modified” work truck, according to officials.

The incident occurred around 2 p.m. at the immigration checkpoint near Sasabe, Arizona.

Agents directed the work truck to a second inspection where several packages of suspected narcotics were found in a hidden compartment underneath the utilities of the vehicle, authorities said.

The vehicle was then towed to the Sasabe port of entry in order to safely inspect all of the truck’s “highly-modified areas” in addition to the suspected drugs.

Following the inspection, agents discovered over 600 pounds of methamphetamine with a street value of $1.4 million, officials said.

The vehicle, narcotics and 26-year-old Arizona man have been turned over to special agents from Homeland Security Investigations.