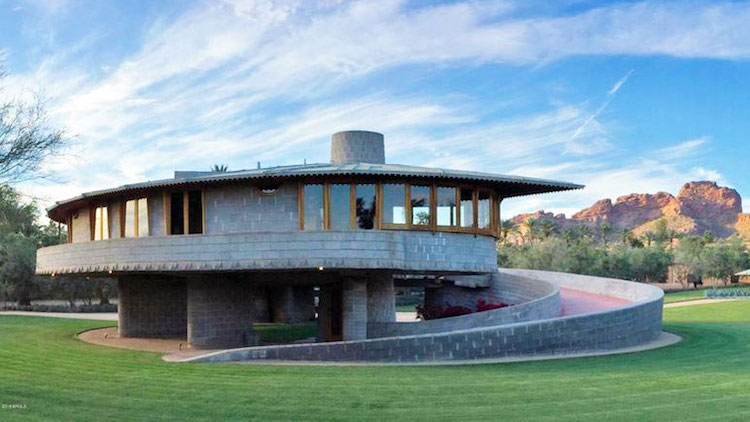 A multimillion-dollar historic Frank Lloyd Wright property in the Arcadia neighborhood is officially off the market and the buyers are planning to preserve the home.

The David and Gladys Wright House was sold for $7.25 million to Benson Botsford LLC, who plans on restoring and preserving the mid-century contemporary home.

The 5.9-acre property located near 54th Street and Camelback Road was designed by the famous architect Frank Lloyd Wright for his son and daughter-in-law in 1952.

The property was sold by Russ Lyon Sotheby’s International Realty. Listing agent Bob Hassett said the goal of the sale was to find somebody who would preserve the property.

“We had several offers over the past few years, but the buyers always wanted to only tear down the house and build all new ones,” Hassett said in a press release.

“The sellers wanted nothing to do with those proposals as their intention from day one when they purchased it back in 2012 was to make sure the home and it’s integrity would be preserved as such a historic Frank Lloyd Wright masterpiece should and will be.”

The previous owners had wanted to turn the spiral home into a museum and event space, but neighbors complained about possible traffic.

The 2,533-square-foot house has three bedrooms and four bathrooms. It was one of the last homes that Wright designed before his death in 1959. The property also features a rooftop deck with stunning views of Camelback Mountain.

The home had been on the market since September of 2018 when the initial asking price was $12.95 million.

Benson Botsford CEO Jim Benson and architects Bing Hu and Wenchin Shi plan to personally restore the property and install a copper roof, which was part of Wright’s original plans.

Wright has built other properties around the Valley, including a circular home that sold last fall at auction for $1.7 million.

Click here to learn more about the David and Gladys Wright House.

Daycations Amid the COVID-19 Pandemic