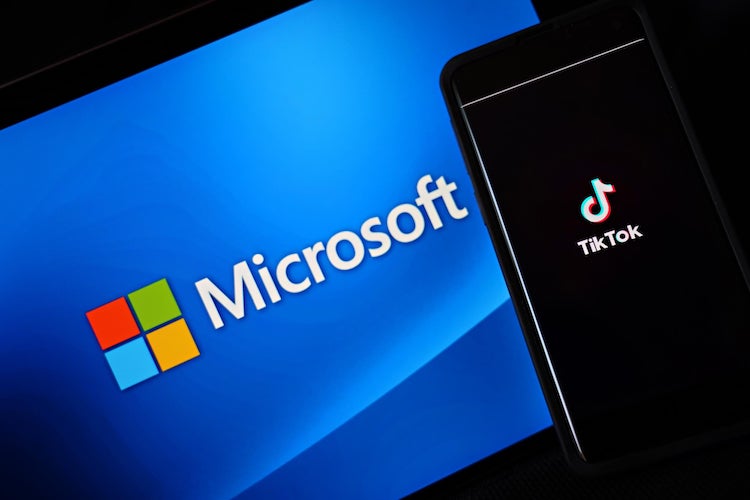 TikTok App to Close Sept. 15 if Not Acquired by American Company

President Trump gave his verbal approval to a potential deal between TikTok and an American company like Microsoft on Monday, but said TikTok had until Sept. 15 to close such a deal or face a U.S. ban.

“Here’s the deal. I don’t mind if — whether it’s Microsoft or somebody else — a big company, a secure company, a very American company buys it,” Trump told reporters at the White House. “It’s probably easier to buy the whole thing than to buy 30 percent of it. … Who’s going to get the name, the name is hot?”

The Trump administration has been weighing TikTok’s fate since last year, launching an investigation into the short video company amid fears that its Beijing-based parent ByteDance shares customer information with the Communist Chinese government.

“The question is, given China’s civil-military infusion … can we trust any company that operates in China, has servers in China, has software in China, to protect your children?” Peter Navarro told Fox News on Monday.

ByteDance entered into talks about a month ago with Microsoft to buy TikTok’s U.S. operations as a way to save the business from a decision by the administration that would prevent the popular app from being used by U.S. consumers.

Microsoft confirmed Sunday that it was in talks over a potential TikTok purchase.

“Microsoft fully appreciates the importance of addressing the President’s concerns,” the company said in a statement. “It is committed to acquiring TikTok subject to a complete security review and providing proper economic benefits to the United States, including the United States Treasury.”

Microsoft said it would wrap up discussions with ByteDance by Sept. 15.

Arizona Judge Rules Gyms Should Be Allowed To Apply For Reopening