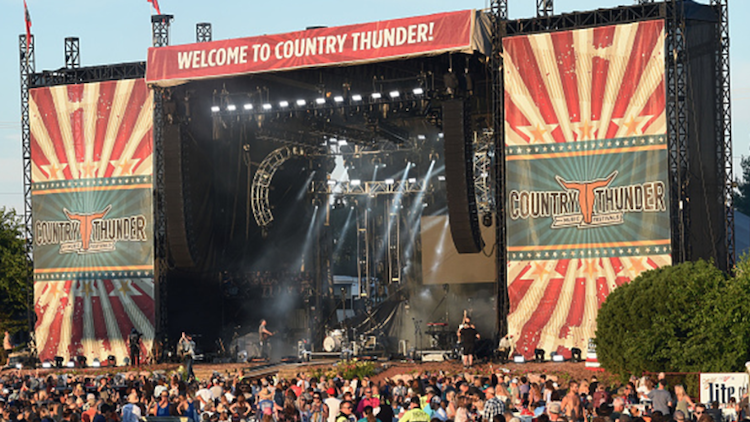 Officials with Country Thunder Arizona announced Friday that the four-day music festival has been postponed again, to April 8-11, 2021. The festival is typically held in the spring in Florence, Arizona, but was previously rescheduled for Oct. 29 – Nov. 1, 2020 because of the COVID-19 pandemic and restrictions on large events.

“The time has come to look towards the future, and I think it’s going to be incredible,” said Troy Vollhoffer, CEO of Country Thunder Music Festivals, in a written statement. “We can’t wait to come back to Florence and kick this thing up a notch.”

Luke Combs, Eric Church, and Dustin Lynch have been re-confirmed to headline the festival. Morgan Wallen will replace Kane Brown. The rest of the lineup will be announced as details are confirmed, a news release said.

For fans who have already purchased their 2020 Country Thunder tickets, those tickets will automatically transfer to the 2021 dates. “Fans do not have to do a thing,” a news release said.

Back in June, Country Thunder announced new dates for its music festivals in Wisconsin and Saskatchewan, Canada.