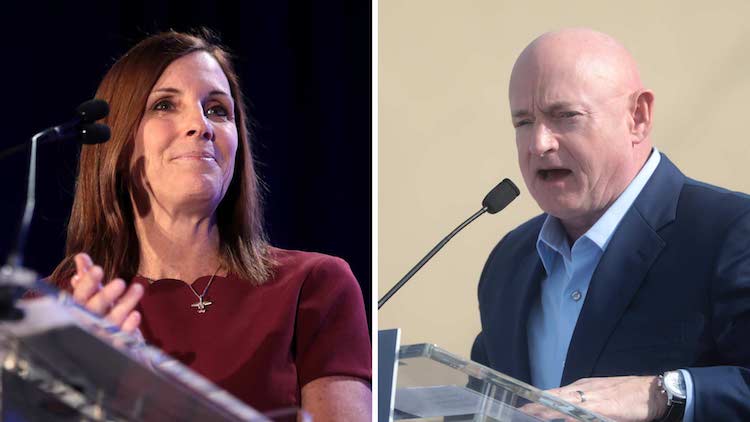 Data Orbital recently announced the results of its latest statewide, live-caller survey of likely general election voters. The survey was conducted from June 27-29, 2020.

The numbers indicate a closer race than some recent national polls, that have put the AZ US Senate spread between 9 and 13 points. Data Orbital’s survey was modeled in line with previous vote data and current turnout projections.

“I would rate the U.S. Senate race as somewhere between a toss-up and leaning Democratic,” said pollster George Khalaf. “Traditional campaigning has largely been on hold because of COVID-19 and millions of dollars left to spend that will define this race. Time will tell.”

In the Presidential race, Democrat Joe Biden maintains a slight lead over President Donald Trump, coming in at 45.4% with President Trump at 43.8%. The spread is within the margin of error. 7.5% remain undecided, with 1.7% leaning Biden, 1.6% leaning Trump, and 4.2% firmly undecided.

“This race is tight,” said Khalaf. “It is important to note that this is largely where we were seeing Hillary Clinton’s numbers in 2016. All the way into November, the spread between President Trump and Clinton was within the margin of error. I expect this race to ultimately lean in the President’s favor. But at this point, we rate it a toss-up.”

This poll of 600 likely General Election voters was conducted through a live survey that collected 60% of the results from landlines and 40% from cell phones.  It has a margin of error at plus or minus 4.00% with a 95% confidence interval.  Respondents were weighted on a number of different demographic figures based off of historical Arizona general election turnout.  The poll was conducted from June 27-29, 2020. All non-released questions prior to the question released would not reasonably be expected to influence responses to all released questions. The questions released are verbatim from the survey provided to respondents.

Phoenix Suns New Practice Facility To Be Completed In September

Arizona Has the Highest Fatality Rate on U.S. Interstates