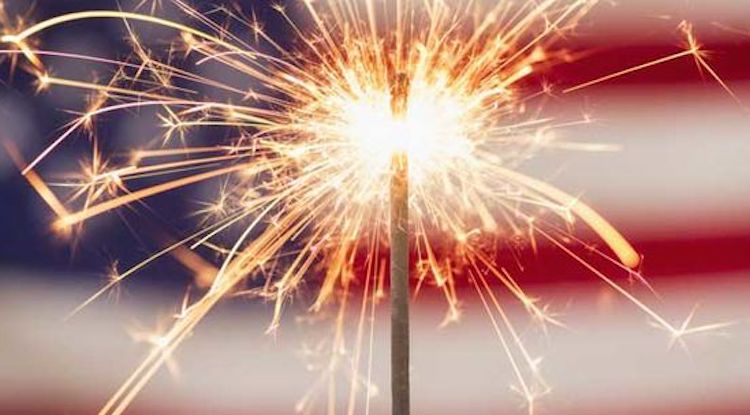 Valley Fourth of July celebrations won’t be the same this year because of the coronavirus pandemic, but that doesn’t mean there won’t be fireworks.

All About Arizona previously reported a list of valley celebrations. Due to the increase in COVID-19 cases and business shutdowns, many of those celebrations have been canceled.

Two of the biggest annual events – Fabulous Phoenix 4th and the Tempe Town Lake Festival – are among those that have been canceled, but the skies will be filled with explosive color in other area communities.

While Arizona’s economy is partially reopened, large gatherings remain prohibited to mitigate the spread of COVID-19. So for the celebrations that are going on, the usual festivals are mostly being replaced by fireworks shows people can enjoy from their vehicles or yards.

However, multiple cities canceled their planned shows just days before the holiday after Arizona Gov. Doug Ducey issued new regulations designed to mitigate the spread of the coronavirus.

Tempe is taking a different approach, providing residents with sparklers to be lit outside their homes at 9 p.m. as a show of unity.

But for good old-fashioned Fourth of July fireworks, here’s where you can still look to the skies:

Apache Junction: The 8:30 p.m. show will be visible from most parts of the city, and there will be limited drive-in viewing locations near Superstition Shadows Park.

Chandler: The East Valley city on Tuesday said it has canceled its “drive-in” style Fireworks Spectacular scheduled for Tumbleweed Park.

Gilbert: The city announced on Tuesday it had canceled its Fourth of July celebration at Crossroads Park (2155 E Knox Rd.).

Goodyear: The city announced on Monday it had canceled its Star-Spangled Fourth Drive-In event at Goodyear Ballpark.

Litchfield Park (The Wigwam): The resort canceled its annual Red, White & Boom event but will still set off fireworks at 9 p.m. You need to be staying at The Wigwam or have a reservation at one of its restaurants to enter the property, but the show will be visible from the surrounding area.

Mesa: This year’s Titan Solar Power Arizona Celebration of Freedom will be a 30-minute drive-in event starting at 9 p.m. in the Fiesta Mall parking lot.

Peoria: The city announced Monday it had canceled its previously scheduled fireworks displays originally scheduled to be launched from three sites.

Queen Creek (Schnepf Farms): The farm canceled its onsite festival but is still planning to launch fireworks that will be visible in surrounding areas starting at 8:30 p.m. Refunds will be issued to anybody who bought tickets for the festival.

Scottsdale: Tickets for the celebration at WestWorld of Scottsdale can be purchased online for $25 per carload. The event is set for 7-9:30 p.m., with food and drinks available for purchase. The fireworks start at 9 p.m.

Surprise: The city of Surprise announced Tuesday night it had canceled its fireworks display. A 20-minute display was originally scheduled to start at 8:40 p.m. in the area around Bullard Avenue and Paradise Lane.

Please be mindful and safe this weekend. Remember to mask up and social distance as we celebrate Independence Day. Happy 4th of July!