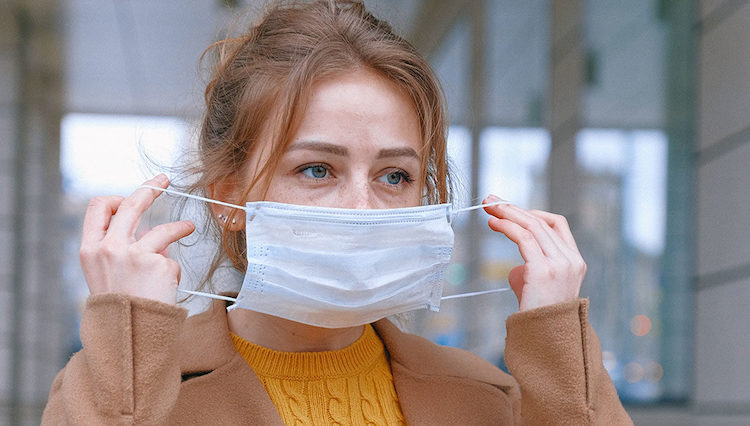 City leaders quickly responded to the permission, moving quickly on what would best serve their communities.

Here is a list of Arizona cities that have made decisions on mandating face masks in public.

Phoenix
The Phoenix City Council voted Friday to implement a mandatory mask policy starting Saturday, June 20 at 6 a.m. The proclamation applies to anyone physically in the city of Phoenix 6 years old or older when out in public where physical distancing is not possible. It does not apply as a mandate to religious organizations. Exceptions include those exercising outdoors while distancing, children under six years old and those with certain medical conditions.

Scottsdale
Scottsdale Mayor Jim Lane issued an emergency proclamation on Thursday requiring individuals within the city of Scottsdale to wear face coverings in public. The proclamation goes into effect Friday at 5 p.m. Exemptions include children under 6 years old, individuals exercising outdoors or those whose medical conditions prohibit them from wearing a face covering.

Surprise
Surprise City Council issued an emergency proclamation Friday to require face coverings in public when physical distancing isn’t possible. The order will take effect Saturday June 20th and will be required for anyone 2 years old or older.

Glendale
Glendale Mayor Jerry Weiers said at Friday’s City Council meeting that he would issue a proclamation on masks by the end of the day.

Peoria
No plans have been made public.

Gilbert
Gilbert Town Council voted during Friday’s meeting to mandate a mask policy. The proclamation will take effect Friday at 5 p.m. and will remain in effect for 30 days. People will be required to wear masks inside or outside when physical distancing is not possible The order applies to people 6 years old or older.

Paradise Valley
Paradise Valley Mayor Jerry Bien‐Willner released a statement on Thursday that encourages people within the city limits to do their part to help slow the spread of COVID-19. He however did not institute a mandate for masks.

Tempe
Tempe Mayor Mark Mitchell issued an emergency proclamation Thursday requiring all individuals within city limits to wear a face mask in public. The proclamation is in effect until further notice. It does not apply as a mandate to religious organizations. Exceptions include those exercising outdoors while distancing, children under 6 years old and those with certain medical conditions.

Cave Creek
Cave Creek Mayor Ernie Bunch announced Thursday he will not mandate the use of face masks in public or at the town hall, he does however strongly encourages people to wear a face covering.

Town of Carefree
In a mandate issued on Thursday, face masks are now required in public places and businesses in the town. People under 5 years old or older would be required to wear a face covering.

Avondale
Avondale Mayor Kenneth Weise issued an emergency proclamation Thursday requiring the wearing of a face mask by all employees and customers in retail stores, pharmacies, gyms, medical offices, any indoor sport or activity facility and convenience and grocery stores. The mayor’s proclamation goes into effect at 12:01 a.m. on Sunday until further notice. Exceptions include children under two years of age and individuals with disabilities and underlying medical conditions that prohibit them from using a face mask.

El Mirage
The city announced Thursday it is strongly encouraging the use of face coverings in public spaces when social distancing is not possible. Those who do not have access to face masks can pick up them up in the City Hall lobby during normal business hours for a limited time. There is no mandate in effect.

Guadalupe
No plans have been made public.

Mesa
Mesa Mayor John Giles planned for a special city council meeting on Friday to discuss the details of a proclamation requiring people in Mesa to wear masks. No information has been released as of yet.

Chandler
The Chandler City Council said a decision on a mandatory mask policy will be made on Friday.

Tolleson
Mayor Anna Tovar issued an emergency proclamation Thursday requiring the use of face masks in public places or when working. The proclamation goes into effect Saturday at 8 a.m. Children under two years of age and those with medical conditions that prohibit them from wearing a face covering are not required to wear a mask.

Litchfield Park
No plans have been made public.

Goodyear
Mayor Georgia Lord has scheduled an executive session Friday at 6 p.m. with the City Council on a new Executive Order that allows cities, counties and towns to adopt their own policies regarding the wearing of face coverings in public to take place.

Fountain Hills
The Fountain Hills Town Council is schedule to hold a special session on Friday, June 19 at 3 p.m. to consider an emergency order.

Queen Creek
Issued the statement: As the Governor mentioned during his press conference, it is the personal responsibility of Arizonans to protect themselves from COVID-19. With the increase in COVID-19 cases in Arizona, we encourage residents to observe healthy behaviors to help slow the spread. No mandate has been issued within the city of Queen Creek.

Apache Junction
Masks are not required.

Buckeye
A special meeting will be held on June 24th to discuss the use of face masks in public.

Tucson
Mayor Regina Romero signed a proclamation Thursday requiring the use of face masks beginning Saturday at 6 a.m. Anyone two years old or older will be required to cover their nose and face with a mask when in a public setting and physical distancing is difficult or impossible. The proclamation does not require the use of a face mask while exercising outdoors or with others from the same household, those with medical conditions and when individuals are in personal spaces.

Flagstaff
Mayor Coral Evans issued an emergency proclamation Thursday that would require masks in public places. The proclamation takes effect Saturday, June 20 at 8 p.m. and has no expiration date. The order applies to individuals five years old or older.

Yuma
The Yuma County Chairman of the Board of Supervisors signed a proclamation that went into effect on Thursday, requiring people to wear a face mask Anyone two years or older who is in a place open to the public, whether indoor or outdoor, and can’t maintain a distance of approximately six feet from other people shall cover his or her mouth and nose with a face covering. Those exercising outdoors and those unable to wear a face mask due to a medical condition are not required to wear a face covering.

Payson
An emergency proclamation was issued on Thursday that requires face coverings in public starting at 5 p.m. for people 2 years old or older.

Santa Cruz County
A county wide proclamation was issued on Friday that people 2 years old or older are required to wear a face covering in public.

Casa Grande
Residents and visitors within the city limits of Casa Grande are now required to wear masks when in public buildings and private businesses.

Apache Junction
Mayor Jeff Serdy issued a statement on Thursday giving individuals the choice to wear a face mask. The mayor recommends people keep a mask nearby “in case you visit a business or other facility where they are required.”

Bullhead City
The city announced that they would not mandate wearing masks in public for residents and visitors, but strongly encouraged wearing one.

How To Get Free Medication If You Are Unemployed

Where To See Fourth of July Fireworks In Phoenix Area