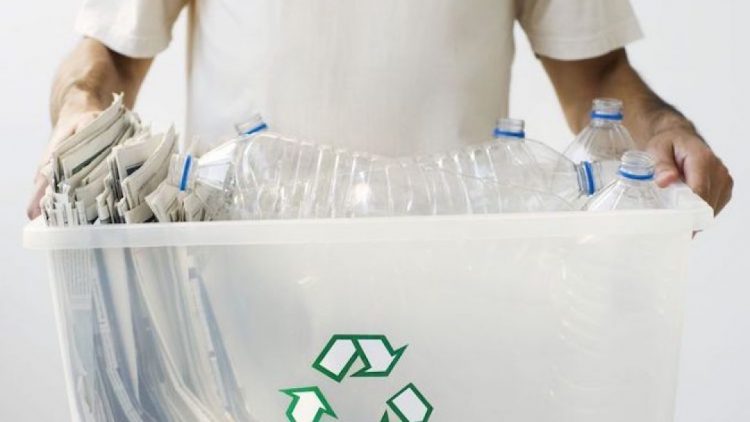 The State of Recycling in Arizona Amid COVID-19 Pandemic

While some Arizona cities have struggled to keep recycling programs afloat during the COVID-19 pandemic, collection of recyclable items in Phoenix has grown while the city made minor changes to safely collect materials potentially exposed to bodily fluids.

As a result of more people staying at home due to the pandemic, the collection of organic and recyclable waste in Phoenix has increased 20%, according to Joe Giudice, assistant director of the city’s Public Works Department.

Although more waste is being created, uncontaminated recyclables are not being sent to landfills. Programs have continued to sort and recycle waste that has been collected in the city.

Cities across Arizona have responded to the pandemic in different ways. Mesa, for example, has paused recycling collection services to cut down on costs.

But the Arizona Recycling Coalition, a nonprofit that promotes greener statewide practices, hasn’t noticed any drastic widespread changes for the state, said Dylan Lenzen, representative for the coalition. However, he said some cities, including Mesa, have made changes due to economic hardships and labor shortages in waste collection.

“It really is just kind of a temporary stop in services, and I think they have the intention of returning those services,” Lenzen said of Mesa, the state’s third-largest city.

AzRC has been in contact with all its members to assess where they may need extra help and gauge how deeply the pandemic has affected operations, he said. In Flagstaff, where Lenzen is based, normal recycling practices remain in place with increased protections for those essential workers.

“There really hasn’t been a ton of disruptions in our services so far, and I think that is the case from what I’ve seen and what I’ve read (from) across the country,” he said.

“Our bulk trash program remains on schedule, our residential garbage and recycling collection remain on schedule,” he said.

Phoenix conducts annual events where people can dispose of electronics, paints, oils, solvents and other hazardous wastes. These events were canceled for April and May because of social distancing orders. Phoenix residents still can directly drop off their waste to vendors who accept it.

To continue promoting greener and more sustainable practices in Phoenix, Giudice said, the city in late April launched a new online program called Recycle+ that outlines better recycling habits. The website has downloadable worksheets and games that teach children about the benefits of recycling.

“For those stay-at-home parents who are now working from home and teaching from home or helping the teachers teach from home, here are some resources to sort of keep the kiddos occupied and learn about good recycling practices and things like that,” he said.

Although the city did have to make certain changes in its sustainable waste disposal programs, its standard practices for waste collection have not changed dramatically.

“The governor’s executive order indicates that clearly we are an essential business, an essential service and so we are performing our duties as such,” Giudice said, referring to Gov. Doug Ducey’s decision in late March to shut down many businesses in the state.

Flagstaff and Phoenix alike have continued with recycling collection and workers in that field have been provided with such personal protective equipment as face masks, gloves and hand sanitizer.

Phoenix’s goal is to become zero waste, and it plans to divert 40% of the city’s waste from landfills this year. The pandemic has halted some of the programs implemented to reach this goal, but city officials have come up with Recycle+ and other options.

Lenzen and Giudice recommend that Arizonans continue to practice proper recycling, such as cleaning and sorting items, so that the habit is not lost for when the pandemic ends and canceled services reopen. Lenzen also stresses that the public must not include medical waste with recycling collection.

“We would just ask that residents continue their habits (with) sorting those materials properly,” Lenzen said. “I mean it’s just a question of which bin do you put it in – it’s not necessarily any extra work.”

Zoom To Open Research and Development Center In Phoenix

Gyms In Phoenix Are Reopening With COVID-19 Safety Measures