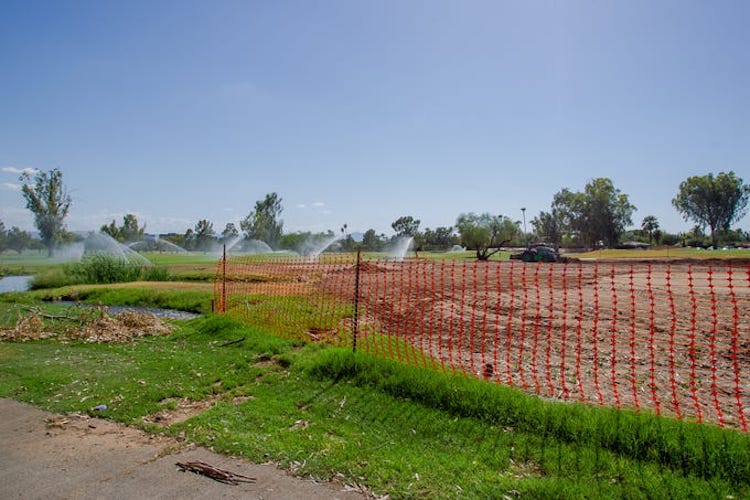 Residents in the Biltmore Estates community are fighting plans by a development company to build an event pavilion on a golf course, as they believe it will further disrupt the tranquil quality of life they moved into their homes to enjoy.

Many residents who live in the Biltmore Estates neighborhoods near the Arizona Biltmore Golf Club that is based at 2400 E. Missouri Ave. have filed a lawsuit against JDM Golf LLC, known as JDM Partners, a real estate acquisition, development and management company that also owns and manages many professional sports and entertainment franchises. Jerry Colangelo, former CEO and chairman of the Phoenix Suns is a partner with JDM.

But recently JDM has moved away from the “historical model of charging premium daily fees and maintaining the Courses in a first-rate condition” and has allowed the courses to “deteriorate significantly while shifting its focus to more “high traffic, high volume” local corporate golf outings and tournaments, according to the lawsuit. JDM also started allowing non-golf-related uses on the golf course, including hosting weddings and receptions, as well as corporate events, the lawsuit said.

Residents’ lawsuit claims JDM is not following the Covenants, Codes, Restrictions and Easements for Arizona Biltmore Golf Courses. Those CC&Rs restrict activities that might occur on the golf courses to events on the golf courses and related to golf including a clubhouse, restaurant and pro-shop. The residents also claim JDM is trying to construct a 6,000-square-foot “Event Pavilion” on the Adobe Golf Course to host “large-scale non-golf related events,” according to the lawsuit. Neighbors say they already must endure vehicles packing their streets, sometimes blocking driveways and parking on lawns to get to the golf course gatherings. They also are concerned about the additional parking that is being planned to accommodate the pending event pavilion.

Mike Ahearn, one of the residents fighting JDM, said he and his wife, Gayle, can see an area from their backyard where the events pavilion would be built. He also is on the Arizona Biltmore Neighborhood Association board.

“I started discussing the problem with JDM and had many discussions where they’d say, ‘We’re working on something; we’ll fix parking,’” Ahearn said. “Nothing ever got done and in fact, it just got worse. The cars were getting more numerous and events and noise kept getting worse and worse. We couldn’t let it continue and they weren’t doing anything to address it.”

Residents also have taken their battle to the city of Phoenix, claiming zoning for the Biltmore Golf Club only allows golf-related activities.

Paul Gilbert, an attorney representing JDM, said the city’s Golf Course Ordinance permits the Biltmore Golf Club to keep allowing uses that were happening before the ordinance was placed on the property. He said JDM just wants to keep hosting the types of events it already has that are allowed and “golf-related activities” including weddings.

He added that JDM wants to add parking to accommodate residents, who are upset about the amount of vehicles on their streets.

“That’s what’s so frustrating is we’re trying to provide adequate parking, and nobody likes where we want to put it,” Gilbert said. “We put it on one side, certain neighbors complain. We’re just going to have to put it where it most logically fits.”

Jason Morris, who is an attorney representing some residents trying to get the city’s support, disagreed with Gilbert.

“You can’t decide you’re just going to do anything and call it a golf-course-related event,” Morris said. “That completely abuses the point of having a golf course. I’ve got a group of neighbors who merely want some form of restriction so they can have peace and quiet.”

City officials say a Zoning Adjustment Hearing Officer found some additional uses are allowed on the site as long as they are within a building as part of the golf course zoning district for the property. Gilbert filed an appeal to that decision, which he said he did so JDM could gain clarity as to the officer’s findings.

The city’s Board of Adjustment is tentatively scheduled to hear this case on May 7.

Click here to learn more about the Arizona Biltmore Estates.