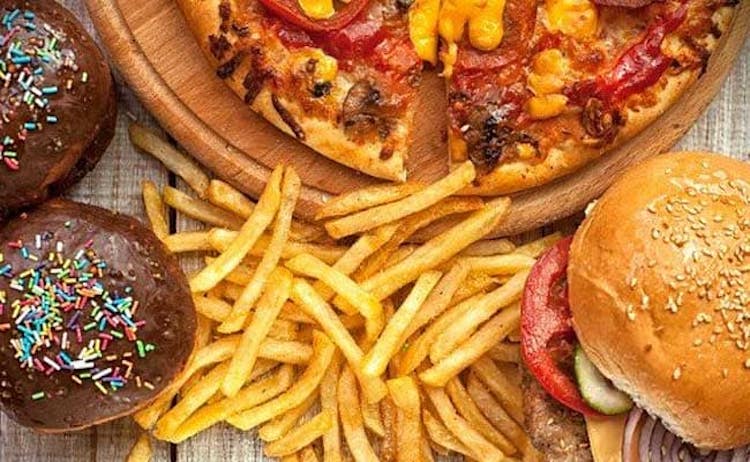 Over Half Of American Children Eat Poorly

More than half of kids, 56%, were eating meals of low nutritional value that contained too much salt, too many processed foods and not enough vegetables, according to a 17-year analysis published in JAMA.

That puts them at “astonishing risks” for Type 2 diabetes and obesity, said Dr. Dariush Mozaffarian, study co-author and dean of the Friedman School of Nutrition Science and Policy at Tufts University in Boston.

“Having more than half of our children eating poor diets is really unacceptable, both for their own health and the associated health care costs over their lifetimes,” Mozaffarian told TODAY.

“There’s very good evidence that diets established in childhood and adolescence persist through life… so how kids eat at home, at school and when they’re out with friends really makes a big difference for the rest of their lives.”

The findings are based on the food selections of more than 31,000 U.S. children and teens who took part in the National Health and Nutrition Examination Survey from 1999 until 2016. Kids 12 years old or older were asked to recall everything they ate during a 24-hour period. Parents helped provide the same information for younger children.

The authors then analyzed the nutritional quality of those choices using the American Heart Association’s healthy diet score, which gives the highest grades to meals that contain plenty of fruits, vegetables, fish, whole grains and nuts, legumes and seeds; while cutting down on salt, sugar, saturated fat and processed meats.

By that standard, diets were classified as either poor, intermediate or ideal.

The good news is, proportion of children eating a poor-quality diet dropped significantly from almost 77% to 56% over the study period.

“Yes, progress is being made,” he noted. “Still, more than half of American children are eating poor diets.”

Meanwhile, salt intake “increased and greatly exceeded” the recommendation of no more than 2,300 milligrams per day, likely because kids increasingly eat more processed foods and food prepared away from home, the study noted.

Adolescents 12-19 years old made the worst food choices, with two-thirds found to have a poor diet, compared to about half of kids aged 6-11 and 40% of children 5 and under.

On average, kids were eating worse diets than adults, likely because older people grew up in a “less processed-food environment,” Mozaffarian said. It could also be that as people age, they start eating healthier.

As many people are staying home and social distancing during the coronavirus outbreak, now is an excellent opportunity for families to learn how to prepare healthy food together.

Mozaffarian advised parents to focus on buying fruits and vegetables, looking up simple recipes and making dishes that contain nuts, yogurt and other healthy foods.

“This is maybe the first time in generations, or first time ever, that the whole country is at home together with their families and children,” he said.

“This is a really great opportunity for us to rediscover the social joys and the health benefits of healthy cooking.”

Click here to learn more about the ‘healthy diet score’.

Spiderverse’s Voice Of Spiderman, To Record Messages For Kids In Isolations

A Coronavirus Children’s Book That Benefits No Kid Hungry