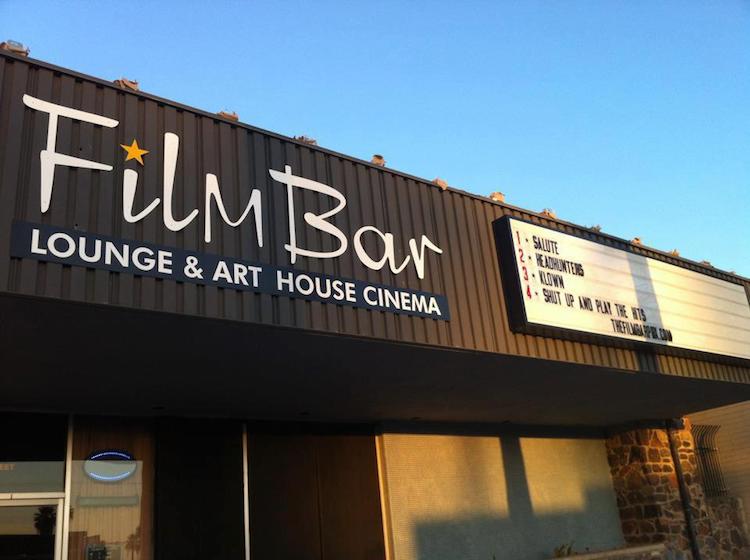 “It’s been a pretty rough week,” the owner of FilmBar, a downtown Phoenix oasis for moviegoers seeking something different and a beer to go with it, said Thursday.

Like so many small-business owners in Arizona and everywhere else, Kelly Aubey’s establishment has been walloped by the novel coronavirus. He’s doing what he can to prevent it from becoming a death sentence. Aubey showed his last film Monday night — “Portrait of a Lady on Fire” — and both Phoenix and the state of Arizona have since ordered theaters closed.

On Thursday, Aubey posted a plan on Facebook to try to save FilmBar, offering anyone interested a chance to help out. You can go to the FilmBar website and buy a $10.95 “ticket” to a film, which is actually a donation (there’s no actual film associated with it); buy a $40 gift card; or pay $120 and get a single movie ticket every day for the rest of your life.

Aubey hopes to raise $100,000 through his efforts. The money raised will go toward rent and paying his employees, he said.

“In a shutdown like this, between my lease and other things I’m going to owe money on, this will mean probably a half-million dollar hit I’m going to have to pay off for the rest of my life” if he can’t reopen, he said. “Even if we were to close the doors, it ain’t over for me. And I know it’s the same for everybody else.”

Indeed, the Phoenix economy is expected to take a massive hit from the COVID-19 pandemic, along with the rest of the nation. If the predictions and educated guesses of health experts turn out to be anywhere close to accurate, we will be looking at a different landscape if and when the virus runs its course. But that landscape has to include arts in some capacity.

“A good art house is kind of a lightning rod for the community,” Aubey said. “It doesn’t have to be about a film.”

Instead it’s more about community, a place where film nerds, for lack of a better word, can gather to watch not just recent films like “Portrait of a Lady on Fire” but classics like “The Third Man” and something truly offbeat like “Tokyo Godfathers.”

What’s tricky for Aubey, like so many small-business owners, is that FilmBar isn’t exactly rolling in dough.

“I don’t think we’re any different than any other small business out there,” he said. “For the nine years we’ve been open, we’ve been living paycheck to paycheck.”

Still, at first Aubey hoped to stay open, at least in some capacity.

“I’ve been watching it for a couple of weeks,” he said of reports on the coronavirus. “You kind of came into last weekend thinking maybe we could float through this.”

No such luck. He had planned, like other theaters, to sell tickets for 50% capacity, to allow for social distancing.

The writing was on the wall, and at the box office, or lack thereof.

“Monday night, between two screenings we had I think five people come through the doors,” he said. “The city-imposed shutdown was academic for us, anyway. People were already self-exiling.”

Aubey said he wandered around like a zombie for a few days before deciding to ask for help to save his business. It was a tough decision, he said, but ultimately a necessary one.

“It’s not in my hands anymore,” he said. “I’m putting it in the hands of the people to vote whether they want this anymore.”

Aubey gets emotional talking about it; a homemade poster his young daughter drew left him in tears. But he’s hopeful.

“Maybe we can find some freedom to write our own future, a different future, a better future,” he said. “I know in the darkest moments of my life, when I’m really down, there’s nowhere to go but up. And that’s really cheesy, but it’s true.”

List Of Live Virtual Concerts To Watch During The Coronavirus Shutdown