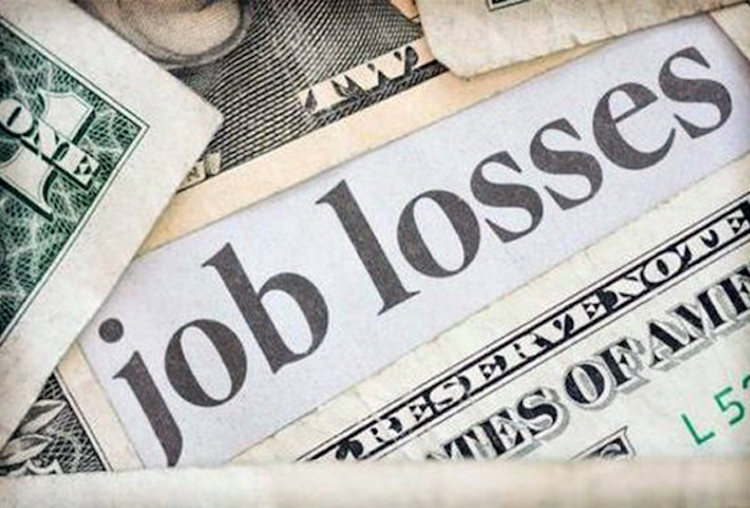 Arizona Projected To Face Over 100,000 Job Losses Amid COVID-19 Pandemic

Arizona will lose more than 100,000 jobs by this summer as a result of the COVID-19 virus, according to a new analysis of employment data.

The non-partisan Economic Policy Institute released a new study based on job loss projections from financial institutions, and existing data from the Bureau of Labor Statistics.

It predicts Arizona will lose about 4.2% of private sector jobs as a result of the outbreak.

Job loss projections have varied significantly, as economists attempt to predict the impact, and data changes frequently. Investment bank Goldman Sachs estimates an economic decline of 2.5% in the U.S. by June, translating to a loss of about 3 million jobs nationwide. Two other estimates, from JP Morgan and Deutsche Bank, predict the U.S. will lose 7.5 million jobs. EPI made its projections based on a mid-range estimated loss of 5.25 million jobs.

“We’re doing our best to respond,” said study co-author Julia Wolfe, who calls the institute’s projections a “conservative estimate,” that could go up or down depending on the length of the economic slowdown.

EPI projects states which depend heavily on service and hospitality jobs will be hit hardest, as travel is restricted, and public gatherings are banned. In Nevada, where more than 40 percent of jobs are in the service sector, the institute estimates 5.3 percent of private sector jobs will be lost. The study’s authors say Florida and Hawaii could also be hard hit.

In Arizona, according to the report, 26.1 percent of private sector jobs are in leisure, hospitality and retail.

The institute recommends several mitigation measures for lawmakers to soften the impact.

“They can expand access to unemployment insurance (UI) by waiving job-search requirements and waiting periods, bolster direct income support programs such as Supplemental Nutrition Assistance Program (SNAP) and Temporary Assistance to Needy Families (TANF), increase funding for direct service providers such as homeless shelters and food banks, and use their emergency powers to place a moratorium on evictions and utility shut-offs,” the analysis said.

Local officials have already taken some of those steps.

EPI acknowledges the estimates are a snapshot based on current data.

“We want to keep our eye on any new numbers,” Wolfe said.

Arizona’s current unemployment rate is 4.5 percent, but that number does not reflect the growth of the virus and large-scale shutdowns of businesses during the month of March.

ASU For You Gathers Resources So Learning Does Not Stop