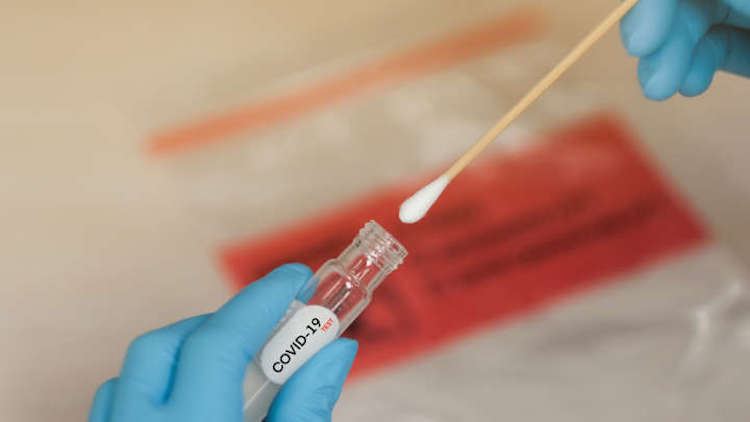 What To Expect When You Get Tested For COVID-19

Vice President Mike Pence offered an anxious public some comfort Sunday when he said the country’s lagging capability to test for the coronavirus would be ramped up considerably in the coming days as more than 2,000 labs are able to offer high-speed testing.

But what does that testing entail? Many do not know what to expect, considering this is a brand new virus to us all. Will patients need to supply urine samples or have their blood drawn to be analyzed for signs of the new virus?

Actually, neither one. Experts say the process, though invasive and a bit uncomfortable, is quite simple and quick, essentially the same as what’s done to test for the flu.

Patients have a swab — think of it as a long Q-tip — inserted through their nose to reach what’s known as the nasopharyngeal region, where cells collect in the back of the throat.

“If you were to open your mouth and say ‘Ahh’ and look straight back, that’s the region, right where the respiratory (tract) meets the back of your mouth,’’ said Kirsten Hokeness, an immunology expert who teaches at Bryant University in Smithfield, Rhode Island. “The virus likes to latch on there and start replicating.’’

If the patient is calm, the swabbing takes a mere 10 seconds or so and is not painful. A jittery patient can make things more difficult.

Once the sample is taken, it is put into a sterile container and sent to a lab, where a chemical is used to pull the cells off the swab and turn the sample into a liquid form. That liquid is then put into a machine that goes through hot and cold cycles to make multiple copies of the virus’ ribonucleic acid (RNA), which carries genetic information. The machine looks to match the person’s RNA with the coronavirus RNA to determine a positive or negative result.

Dwayne Breining, executive director for Northwell Labs in New Hyde Park, New York, said the test is extremely accurate and can detect even low levels of the virus. False positives are highly unlikely, he said, though false negatives may result from poor-quality swabs or if the instrument is blocked by mucus.

Those factors might have been at play in a number of false negatives initially reported. Patients who continue to have symptoms after a negative test are advised to get re-tested.

“If you’re just getting the COVID-19 test, it’s usually one swab, or sometimes we take one nose swab and one throat swab and put them both in the same vial for testing,’’ he said. “Generally, when people have the symptoms, they’ll be getting tested both for the COVID-19 but also for the flu and the other viruses that are still prevalent, at least in the Northeast where we are.’’

Breining said getting results of the test to patients, which was taking three to four days, is speeding up with the incorporation of more labs. A 24-48-hour turnaround now is more common.

The number of options for getting swabbed has increased with the heightened concern about the illness, although it varies by region. Hokeness said people with signs of the disease known as COVID-19 — such as fever, dry cough and shortness of breath — should contact their health care provider or health department and get instructions on whether to seek a test rather than immediately see the doctor. That could overwhelm the system and contribute to transmission of the infection.

Some cities are setting up drive-thru’s in community venues and even outside some stores to make testing more accessible. That will inevitably lead to a higher number of positive cases, but Breining said it’s important to keep that in perspective and not panic.

“It means more people have the virus, but the virus may not be as lethal as it was originally described,’’ he said. “For the vast majority of people, the upper 90% range of people, this will be just like having another upper-respiratory cold, like the common cold or the flu, and they will recover even if no one ever knows they have the COVID-19 illness.’’

Amazon Warns Of Delivery Delays And Out Of Stock Household Items