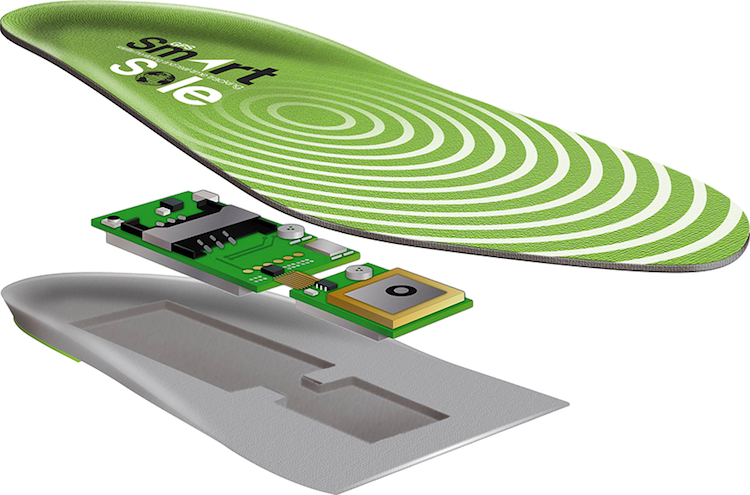 A California company says one of its products can help find lost Alzheimer’s, dementia and autism patients through a GPS tracking device in the insole in their shoes.

The product is called Smartsole.

“Think of it like a ‘Lojack’ meets ‘Dr. Scholls,” said Patrick Bertagna, CEO of GTX Corporation, the company that makes Smartsole. “It’s an orthotic insole, but it’s embedded with a GPS Cellular module that triangulates your position and transmits it out via cellular to the cloud.”

With the GPS tracker in the insole of a patient’s shoe, loved ones and caregivers can use their computer or smart phone to track the patient’s whereabouts. Smartsole is credited with helping someone find an elderly man who had driven away in his car here in Arizona.

“He literally drove until his car ran out of gas,” Bertagna said. “It was a hot day, and the family members said that if they hadn’t gotten to him, it wouldn’t have turned out well.”

Bertagna says that having the GPS in the insole is easier on the patients than if it was placed somewhere else.

He said that patients are less likely to lose the GPS device because it’s always in their shoe, and they may only have 1 or 2 pairs of shoes.

Bertagna says the battery for the GPS device in the insole is easy to charge.

“It takes approximately two hours to charge, and it can hold a charge 2 to 3 days,” he said.

An upgraded version that can hold a charge up to 7 days is due out in April.

Bertagna says Smartsole is proving to be a success in helping people.

“It’s really designed to do one thing and do it well. [And that is] Track a loved one without interfering with their lifestyle,” Bertagna said.

The Smartsole is available for sale online and in stores that sell canes, compression stockings and other medical equipment.

It costs about $300 for the equipment and has a monthly service fee as low as $15.