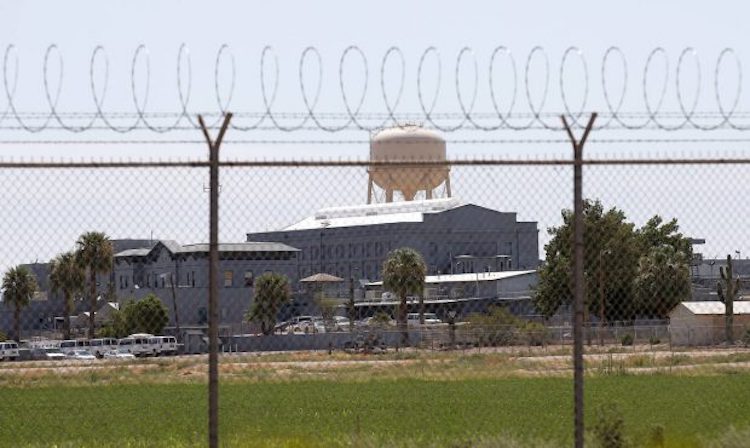 Advocates for overhauling Arizona’s criminal justice system want to put a proposal on the November ballot that would cut the sentences of non-dangerous offenders for good behavior.

The proposal would allow for the release of non-dangerous offenders after serving 50% of their sentences. Currently, inmates generally must serve 85% of their punishments.

The proposal also would authorize the use of state revenue from medical marijuana sales to hire more substance abuse counselors for inmates. Proponents say there aren’t enough counselors in state prisons.

Organizers have until early July to gather the 237,000 signatures needed to put the measure on the ballot for voters to decide.

Supporters said the public now realizes that the criminal justice system is expensive and does a poor job of rehabilitating people who have been incarcerated. They say the measure will win voter support because a majority of Arizonans knows someone who is or has been incarcerated.

“You can’t sell them on this ridiculous bogeyman idea when it’s their kid or their neighbor or their husband or wife” who has been imprisoned, said Caroline Isaacs, program director for the American Friends Service Committee-Arizona, a group that has called for an end to mass incarceration.

State Sen. John Kavanagh, a former police officer, doubts that the measure will win approval from the public. “That’s a bridge too far for most people,” Kavanagh said.

Kavanagh said the movement to overhaul the criminal justice system is falsely predicated on a belief that the state’s laws are excessive and that most people in prison would be harmless citizens.

A law passed last year lowered the time that people convicted of certain nonviolent drug crimes must serve to 70% if they participate in drug treatment and other self-improvement programs.