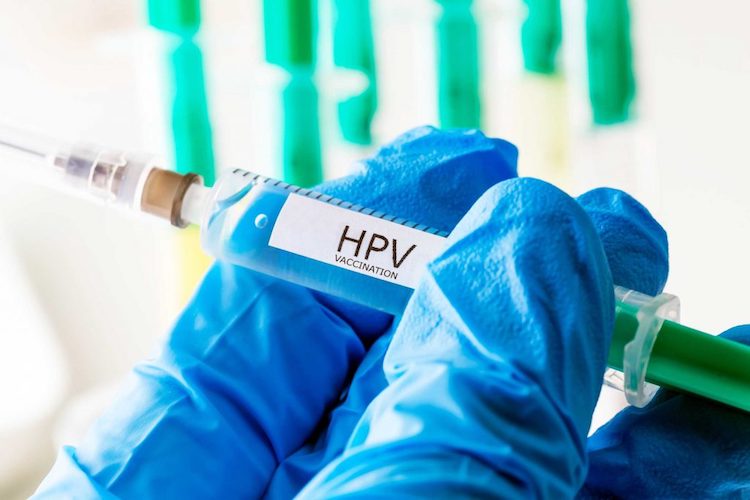 The human papillomavirus, or HPV, is increasingly common in the United States: nearly 80 million people have it according to the Centers for Disease Control and Prevention. Some strains of the virus — which does not always show any visible symptoms — are known to cause cancer, especially in the reproductive and digestive systems.

Unlike some other viruses, there is a vaccine that can help prevent HPV and the cancers that stem from it. The vaccine, known by the brand name Gardasil, was developed to stop nine of the more dangerous strains of HPV from spreading.

It has been so effective that some countries are reporting dramatic declines in HPV infection rates. In England, for example, less than 2% of 16- to 18-year-old females had these infections. Another study found no HPV16 or HPV18 — two of the cancer-causing strains — in a sample of 584 young women, according to press release from Public Health England.

“This vaccine took 21 years to develop. It is an amazing vaccine,” Dr. Don Middleton, a family medicine physician at the hospital UPMC St. Margaret in Pittsburgh, told TODAY.

Experts recommend that girls and boys between ages 9 and 26 receive the vaccine, which is either two or three shots. Children who get the vaccine earlier tend to do as well with two shots as three injections, Middleton explained.

While doctors originally gave the vaccine only to only children through young adulthood, people can now receive it until they are 45 years old.

“The CDC in June said that we could in fact to give those individuals HPV vaccine,” Middleton said. “But how to pick out who to give it to is not well spelled out.”

He recommended that people between 27 and 45 talk with their doctors about the vaccine, if they feel they are at risk for HPV, which is a sexually-transmitted infection.

While many of these people might already have been exposed to some types HPV, the vaccine can still offer more protection.

The vaccine encourages the body to create antibodies to seven strains of HPV, including two that cause genital warts and two that cause cancers, often in the throat, cervix, vulva, vagina, penis or anus.

For the most part, the vaccine involves very few side effects.

“There can be local pain, redness, swelling like from any vaccine, but HPV vaccine does give a little bit higher incidence of local side effects,” Middleton said.

But this short-term pain is common with shots.

“Anybody who receives any vaccine knows that they can have some local discomfort,” he explained.

The vaccine’s other side effect? Dizziness or lightheadedness.

“When we vaccinate anybody who is in the teenage age group we always make them sit down for 15 to 20 minutes afterwards so we can watch to be sure they don’t have any trouble with fainting,” Middleton said.

Many parents worry when their children don’t feel well following vaccines, but the benefit outweighs the fleeting discomfort, the experts agree.

“If your daughter, for example, is vaccinated for HPV they’re going to reduce their risk of developing cervical cancer … by at least 75 to 85%,” Middleton said. “The reason for giving the vaccine is to move to prevent disease.”