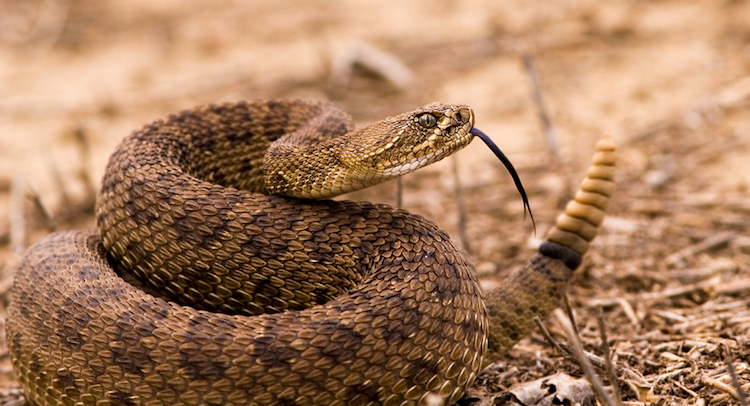 What do you do when you see a rattlesnake in your yard or even inside your home? Thankfully, there is a class for that. The largest reptile sanctuary in the United States is right here in Phoenix and they want to give you hands-on training with a live venomous rattlesnake!

Joe Hymes is the Venom Curator at the Phoenix Herpetological Sanctuary which means it is his job to properly handle venomous creatures and educate the public on how to do the same. Joe leads the popular Venomous Snake Removal Class and is masterfully skillful at making you feel confident that you can gently whisk away the slithering surprise without a shred of doubt.

WHAT IS THE CLASS?

You will learn how to safely remove venomous rattlesnakes or any sort of snake from your backyard. The sanctuary teaches people how to carefully remove snakes, get them into a bucket (so they are not a threat to you or your pets), and then how to relocate those a safe distance — where you are not going to see the rattlesnake again and the rattlesnake is going to be able to go on its way/have a healthy life.

WHY SHOULD YOU RELOCATE A SNAKE?

The first step of the class, depending on what the audience is like, is informing people why they want to relocate a rattlesnakes and not just kill them. Someone mentions in every class that using a shovel or other inhumane techniques are easier, so the sanctuary wants to immediately shift that attitude. They do so by informing people of the benefits of having snakes in their neighborhoods. For example, they are great organic pest control. They take care of local rat problems and help maintain the desert plant biodiversity. Once people begin to appreciate a little more what the snakes do for the environment, they move on to the removal process. A big part of that is staying calm, so the sanctuary explains that no snake wants to bite you, no snake wants to attack you. Their venom is specially designed for hunting small animals and it does not do anything too effective to large animals or mammals like us. When people begin to get over those fears, they review what to do during the worst case scenario — that you or someone you know gets bitten by a rattlesnake. Next, they debunk a few other snake myths and then it is onto the main attraction.

HANDS-ON WITH A RATTLESNAKE

The hands-on portion of the class consists of practicing moving a non-venomous snake in and out of a bucket, catching it with tongs, and learning how to do it in a way that is not going to hurt you or the snake. Once everyone is comfortable handling the snake, the group moves on to the most exciting part of the class: handling the live rattlesnake…yes, a real rattlesnake. It has the rattle. It has its venom. It has its fangs. But by that point, everyone has practiced, knows what they are doing, and feels confident with moving the rattlesnake.

Once you remove a rattlesnake and want to relocate it somewhere other than your backyard, you want to keep them about half a mile radius from where they were found. However, they can be removed as far as ten miles if you live in a densely populated area where you are not able to release them in the same area…because the snake will just end up in your neighbor’s yard. But try to keep them as close as possible to where they were originally found.

HOW LONG IS THE CLASS?

It lasts anywhere from about two and a half to three hours. The sanctuary lets people practice as much as they need to, so if you want to practice with a non-venomous snake 20 times before you move onto the rattlesnake, that’s absolutely fine — but somewhere between two and three hours.

The rule of thumb for any snake you see in Arizona is stay three feet away from them at all times. The biggest of the rattlesnakes are about six feet in length and they can only strike about two feet. Again, that is only for the largest ones — that is not most of them. If you are three feet away from a rattlesnake, you can be sure that you are out of its strike range if you are in Arizona. If you just hear the rattle and you do not see the snake, the best thing you can do is take a step back, freeze, and then see if you can locate it. Normally the rattlesnakes will rattle as you approach them, so take that step back when you initially hear them — that way you will be out of their strike range.

If you are on a hiking trail or golf course, just remember to stay three feet away as you are passing by it! If you are wondering if something if venomous and how afraid you should be, it is easy to tell the venomous snakes from the non-venomous in Arizona. If you see a pointy tail, the snake is non-venomous. Gopher snakes are the snakes most people in Arizona confuse with rattlesnakes. Even if a rattlesnake has had its rattle cut off, broken off or it is a baby and does not have its rattle yet, it is going to have a more blunt, rounded off tip where the non-venomous snakes will have a more pointy, pencil-like tail. If you see a snake and want it identified, the Phoenix Herpetological Sanctuary has a hotline that you can call or text pictures. They have several employees that love helping and will answer your questions at all hours of the day and night.

WHEN DO WE USUALLY SEE RATTLESNAKES?

The weather is going to start getting warmer in a couple of months. Usually we start seeing rattlesnakes again around mid-March in Arizona. There is no set time of year that they come out but once it stops getting below 50 degrees at night and the daytime temperatures are around 70 to 80 degrees, then that is when you are going to start seeing the snakes again.