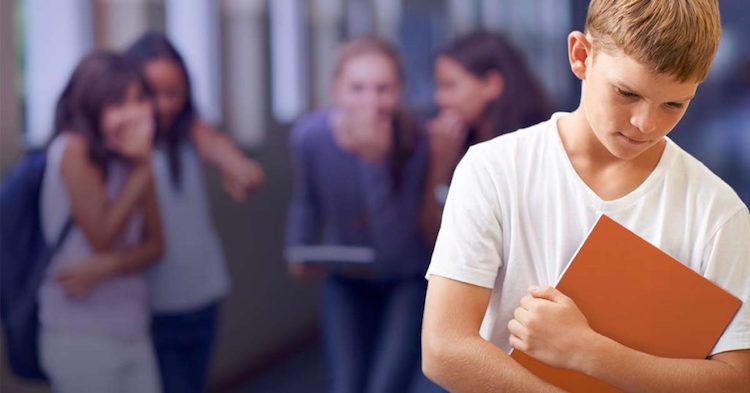 The 9 Steps to Prevent Bullying

The word “bullying” triggers feelings of dread in many parents — but what truly qualifies as bullying, and when should you get involved?

Not all mean or hurtful behavior is actually bullying. Bullying relies on an imbalance of power to hurt someone in a repetitive and deliberate way. That power can be social status, physical strength or access to embarrassing information, and the hurtful behavior can be physical, verbal or social, but the goal is always the same: to make a specific person feel humiliated and “less than.”

In an informal survey on TODAY.com, 86 percent of 1,643 parents said their child has been bullied. Only 46 percent think their children’s school takes bullying seriously, and 61 percent say their child worries about bullying.

Here are some steps to follow if your child faces a bullying situation:

If you hear of a situation involving a weapon, serious physical injury, sexual abuse or hate-motivated violence tied to racism, homophobia or religious discrimination, report it. School administrators and police need to be alerted. Urgent action also is needed if a child is bullied for having a disability, a special health need or a food allergy. You are not overreacting.

It’s hard to stay calm if you’re discovering that your child has been hurt — but you must. “Many times, unfortunately, when a child goes to a well-meaning adult, that adult will make it a huge deal or do something counterproductive that makes the child think, ‘Man, I should have just kept my mouth shut and suffered silently,’” Sameer Hinduja, a professor of criminology at Florida Atlantic University and co-director of the Cyberbullying Research Center, told TODAY Parents. “It’s really important that you sit down and just chat with your child. Learn about the context. Learn who was involved.”

Even if your child isn’t personally targeted, he or she is sure to see someone else being bullied. In elementary school, kids may weather painful insults, primitive physical aggression and some social exclusion. As they enter the adolescent and teen years and become more tech-savvy, the bullying they experience can become more sophisticated, frequent and vicious. Our devices are always on, and people are willing to say things online that they would never say in person. Cyberbullying can make an otherwise happy kid feel as if life has been ruined beyond repair.

More than anything, young targets of cyberbullying want negative, embarrassing posts about them to disappear — and the good news is, that’s possible. Hinduja said the Cyberbullying Research Center regularly updates its list of social media apps, gaming networks and other platforms where bad online behavior can be reported. “Usually within 24 hours these companies will take the posts down,” Hinduja told TODAY Parents. “They might not do it if it’s mild — if, say, someone calls your kid a ‘noob,’ they’re just expressing an opinion — but they’ll take action for bullying, harassment and threats. Parents can always email us for help navigating this.” (Keep screen shots of abusive online behavior before it gets removed. You might need that documentation later if the situation escalates.)

If children are being menaced at school or on the bus, role-playing can help them figure out how to tackle the situation by themselves without your involvement. Brainstorm some ideas for quick, simple responses and approaches. “Talk to your child about saying, ‘Ugh, just stop,’” Saltz suggested as an initial go-to move. “Getting a big rise out of the victim is what the bully wants, so this shouldn’t be too large of a response. Just: ‘Ugh. Quit it.’” Other ideas to consider with your child: Unexpected or humorous responses might defuse the situation. A confident silent treatment followed by walking away can convey an air of quiet cool and self-control. A discreet conversation between the child and a trusted adult at the school can work wonders. “Many parents want to swoop in and rescue,” Hinduja noted, “but kids have social skills and emotional skills that they need to build out themselves.”

As you brainstorm with your child, stress the importance of building a supportive network of peers. “From a data-driven point of view, the thing that seems to be most effective to squash bullying is to involve bystanders,” Saltz noted. “Children need to understand that it’s important to stick up for each other and not allow a culture of bullying in the room.” Bystanders can make a world of a difference.

If your child has tried to deal with the situation alone and it isn’t improving, then it’s time for you to take action. This is especially true if your child no longer wants to go to school, has declining grades, has noticeable changes in sleeping and eating patterns, or is losing interest in favorite activities or friendships. “Bullying can create depression and anxiety disorders,” Saltz said. “We see suicide rates going up in the young population. … Bullying is a real culprit; shame is a big driver of suicide. You don’t want this to go on and on and on.”

Parents sometimes can have productive, positive conversations about their children’s interactions when kids are very young, but as kids get older, such encounters rarely end well and they often make matters worse. Instead of contacting the offender’s parents, try approaching the school’s psychologist or designated mental health professional confidentially. “They may be able to march things in the right direction with teachers and administrators and keep it very confidential,” Saltz said. “Another reason to approach that person is that sometimes the bully needs help and intervention.” If the situation is escalating into more dangerous territory, go directly to school administrators yourself.

Parents should be on high alert for damaging patterns of thought dogging their kids. “As adolescents, we can get caught in this thinking that spirals downward. It can get very, very dark very, very fast… ‘Maybe I am a loser… Maybe I am always going to be alone,’” Hinduja said. “These messages about identity can be on repeat in the corners of our minds. Adults need to focus in on the positive side of this and say, ‘This is going to help you be stronger. It’s helping you to live a great story and have an epic life. You don’t have a great story unless you overcome adversity.’ … Tell your kids to think about celebrities or athletes or musicians they respect — yes, they’re loved, but they still have to deal with haters. They’ve learned to throw themselves into what they love without letting haters derail their dreams. Tell your kids, ‘We want you to be the same way.’”

Are Your Kids Addicted to Technology? They May Need a Digital Detox

A Coronavirus Children’s Book That Benefits No Kid Hungry