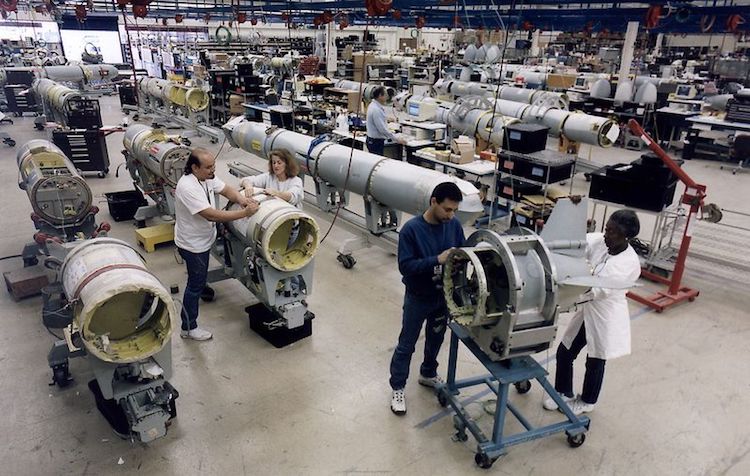 Defense contractor Raytheon has announced that they will be setting up a new headquarters for its missiles and defense division in Tucson.

A merger with United Technologies will set Raytheon Missiles & Defense in southern Arizona, and Raytheon Intelligence & Space will be in Arlington, Virginia.

The company is known for building defense systems such as the Tomahawk cruise missile.

The Tucson campus will focus on hypersonic — vehicles or weapons which can fly five times faster than the speed of sound.

The merger is likely to close e in the second quarter of 2020, pending federal antitrust approval.

“Integration planning for the merger with United Technologies is progressing well,” Raytheon CEO Thomas A. Kennedy said in statement.

President Donald Trump expressed concern when the plan was made public.

“When I hear they’re merging … does that take away more competition?” he asked.

“It becomes one big, fat beautiful company, but I have to negotiate, meaning the United States has to buy things. Does that make it less competitive?”