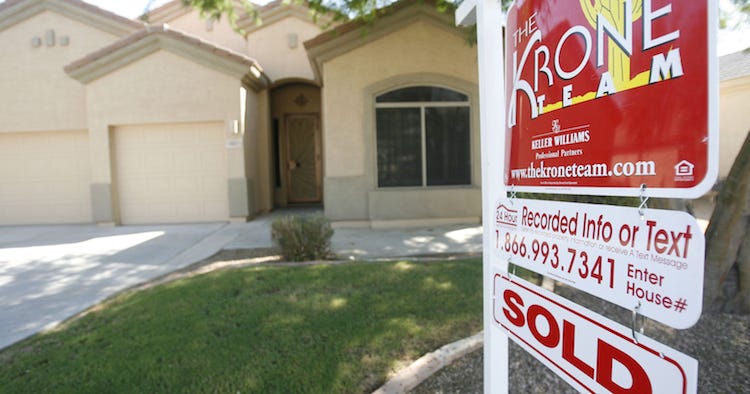 U.S. home prices rose at a faster pace in November than the previous month as lower mortgage rates and a sharp drop in available properties have pushed potential buyers to bid up home values.

The S&P CoreLogic Case-Shiller 20-city home price index rose 2.6% in November from a year ago, up from a 2.2% annual gain in October.

Price increases remain modest. They fell to a seven-year low in July before picking up last fall. The number of homes for sale plummeted 8.5% last year to 1.4 million. That represents a three-month supply at the current sales pace, the lowest on record dating to 1982.

Mortgage rates fell to a three-month low last week and are far below their levels of a year ago. That helps make purchasing a home more affordable, even as home prices rise nearly at the same pace as wages.

The average rate on a 30-year fixed mortgage declined to 3.6% last week, down sharply from 4.45% a year ago. That partly reflects the impact of the Federal Reserve’s cuts to its short-term interest rate, as well as a lower yield on the 10-year Treasury note, a benchmark rate that influences mortgage costs.

Home prices rose the most in November in Phoenix, where they increased 5.9%, followed by Charlotte with 5.2% and Tampa at 5%. All 20 cities reported price gains.

Home values have fully recovered from the housing bust and have moved even higher. The 20-city index is nearly 6% above its 2006 peak, though that figure is not adjusted for inflation.