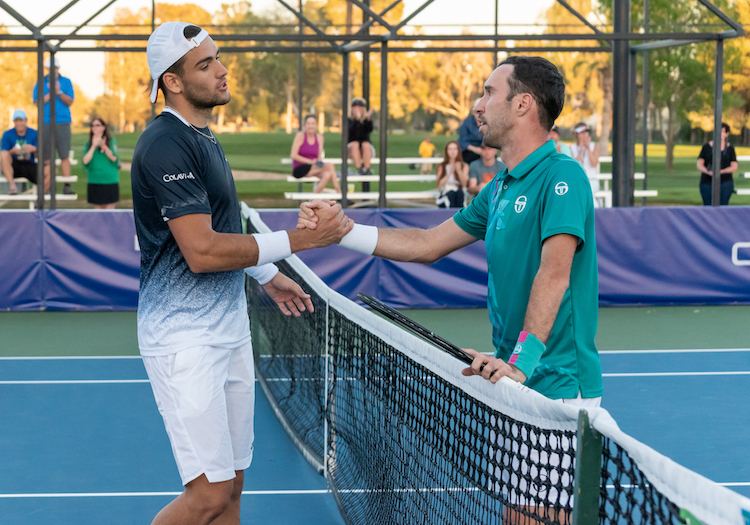 The ATP Challenger Tour is proud to announce the return of the Arizona Tennis Classic to the historic Phoenix Country Club (2901 N. 7th St.) March 16 to 22, offering tennis fans across Arizona seven full days of exciting matches with 48 players competing to win the $21,600 grand prize. Proceeds from the event benefit Phoenix Children’s Hospital.

The Arizona Tennis Classic is strategically scheduled between two of the largest tournaments in the world, the BNP Paribas Open in Indian Wells, Calif., and the Miami Open, which delivers an impressive field of world class players to the Valley of the Sun, earning coveted points to boost their world rankings and significant prize money. Last year’s tournament featured five players in the ATP Tour’s top 50 ranking and 18 players in the top 100.

“We’re so thrilled to return to Phoenix for a second year,” says Arizona Tennis Classic Founder Jonathan Levine. “We had such an amazing turn out last year that we have doubled our general admission seating to allow more tennis fans to join in on the action!”

A catalyst for the careers of the world’s top tennis talents since 1978, the ATP Challenger Tour has provided opportunities for emerging young tennis players to develop their games, compete for prize money, and earn valuable ranking points for over 40 years.

“It’s an honor to bring this stepping-stone for emerging players to Arizona,” says Greg Sharko, director of media relations and information for the ATP Tour. “Last year’s champion, Matteo Berrettini, was ranked 57th in the world coming into the event and six months later was 9th in the world after reaching the semi-finals of the 2019 U.S. Open in New York.”

The ATP Challenger Tour has been the springboard for some of the sport’s most venerated Hall of Famers, including Andy Roddick, Andre Agassi, Rafael Nadal, and Roger Federer.

Tickets go on sale in early February at ArizonaTennisClassic.com. Weekday general admission tickets are $25 and weekend general admission tickets are $35. Kids 12 and under are $10 at the gate. Follow Arizona Tennis Classic on social media @arizonatennisclassic on Facebook and Instagram and @aztennisclassic on Twitter to see event details and player updates.